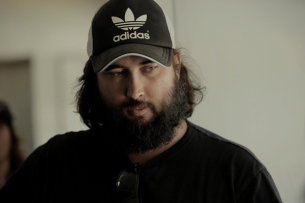 Over the past decade, Avery has established himself as a director defined by an extraordinary style that resonates across his films, effortlessly blending grit with romance and innocence. He’s practiced this style in a number of award-winning short films, including the powerful End of Town, which won him the Emerging Australian Filmmaker award at the Melbourne International Film Festival. His film Jerrycan, a nostalgic and harrowing episode of underage mischief, was the Jury Prize winner at the Cannes Film Festival, received Honorable Mention at Sundance and Berlin, and was featured on VICE’s 2014 list of top 10 short films online. After completing his work on Jerrycan, he wrote and produced Yardbird, which won the 2013 Best Australian Short Film at Flickerfest and Special Jury Mention at Tribeca Film Festival.

Avery joins Tool following his work as writer/director on his 2014 debut feature film Son of a Gun. Starring Ewan McGregor, the movie follows a young man’s prison stint, new membership in a gang, and eventual heist. This year, Son of a Gun was picked up by distribution and production powerhouse A24.

Excited to work in the U.S. market for the first time, Avery feels in good hands at Tool. “I’m a storyteller at heart,” Avery confesses. “Tool, like myself, has an obsessive commitment and deep appreciation for telling great stories, so it feels like the perfect fit. For me, passion counts for everything and Tool had that in spades. I also loved their fresh take on where they wanted to head and genuine desire to do great work.”

“Julius exemplifies the direction in which our roster is headed; he’s a filmmaker adept in telling stories across all screens,” remarks Tool Managing Director Live Action/EP Oliver Fuselier. “He fits into the new advertising landscape, which requires directors to continue to create traditional content while also stepping outside of that box.”

Tool welcomes Avery as the company continues to raise the creative bar with their renowned live action division. Since the start of 2014, they’ve signed numerous diverse talents including: Jaci Judelson, Marc Forster and GMUNK.