Prior to Tool, Aramique was the creative director at Obscura Digital NY 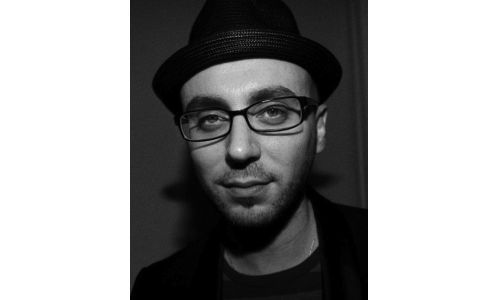 Tool is pleased to announce the addition of critically-acclaimed interactive director Aramique to its talented roster.

Aramique will explore the intersection of technology and storytelling with a focus on interactive and experimental installations for brands, the music industry, museums and festivals. Aramique possesses an extensive and diverse background in interactive installations, immersive media, participatory narratives, and the internet of things.

His installation “Playground Deconstructed” was featured as part of Spectacle: The Music Video at Museum of the Moving Image; Vibe called it one of the “top visually electrifying shows of 2013.” He has created the first 3D-printed music video for Cut Copy, a robotic speaker installation for The xx, an immersive labyrinth for Nike and most recently, a 30-foot tall interactive balloon sculpture powered by tweets in Times Square.

Prior to Tool, Aramique was the creative director at Obscura Digital NY and founded Odd Division, a studio for emerging media. His collaborators have included world-renowned brands and entities such as Nike, Marc Jacobs, Calvin Klein, Pepsi, Puma, Sonos, XL Recordings and Moogfest.

Aramique and Tool recently launched Conductar, a much-publicized experimental project for Moogfest, the arts/technology/music festival in Asheville, NC. Using a mobile app connected to a brainwave sensor, attendees were able to compose live electronic music with the electrical activity of their brains. As they walked through the city of Asheville their phones served as a window into a location-based virtual reality that reacted dynamically to the music they were creating. This was also ported to an Oculus Rift experience that allowed festivalgoers to undergo full immersion in the virtual 3D city.

Aramique’s internationally-recognized work has been featured in Rolling Stone, the New York Times, the Wall Street Journal, CNN, the Guardian, Wired, Vogue, Creators Project, Time, and many more. He joins Tool looking to continue building out its portfolio of award-winning interactive projects with a focus on bridging the physical and digital worlds. View Aramique’s work and interactive director bio here.