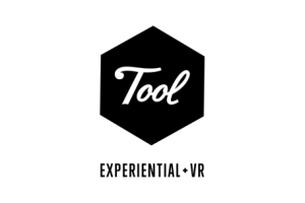 Integrated production company Tool is excited to announce the expansion of its most recent division that focuses on experiential and VR projects for the commercial and entertainment industries. Led by Managing Partner Digital Dustin Callif and Managing Director Live Action Oliver Fuselier, and supported by recently hired EP Integrated Steve Gould, the new offering is bolstered by Tool’s world-renowned directors and artists such as Aramique, GMUNK and Ben Tricklebank. Additionally, Tool’s Emmy and Cannes award-winning in-house digital team plays a major role in the creative and technical execution for these projects.

Tool expands the division on the heels of launching a Google Cardboard VR film project for Converse and Anomaly. Additionally, the group is working directly with Google’s Zoo Division on innovative browser-based VR work. Last year, Tool produced the well-publicized South Park Oculus Rift Experience in which the town of South Park was re-created as an immersive VR world. Additionally, Aramique and Tool produced “Conductar VR,” an Oculus Rift experience for the celebrated art, technology and music festival, Moogfest.

More projects on Tool’s experiential portfolio include: Aramique’s “Heartbot” for Intel, “Missing” for The XX, “Popped” for Wheat Thins, “Playground Deconstructed” for Sonos, and the “IBMblr Play Machine” for IBM, GMUNK’s “Box” for Bot & Dolly/Autofuss, “Pyradical” for FITC, and “Logo Remix” for Adobe, and Jason Nickel’s “It’s Our Time” for AT&T.

“It continues to be an exciting time for innovation,” said Callif. “We want to be at the forefront of creating the next generation of advertising and entertainment. By combining the vision of our directors such as Aramique, GMUNK and Ben Tricklebank, with our super talented in-house digital team, the future is beyond exciting.”