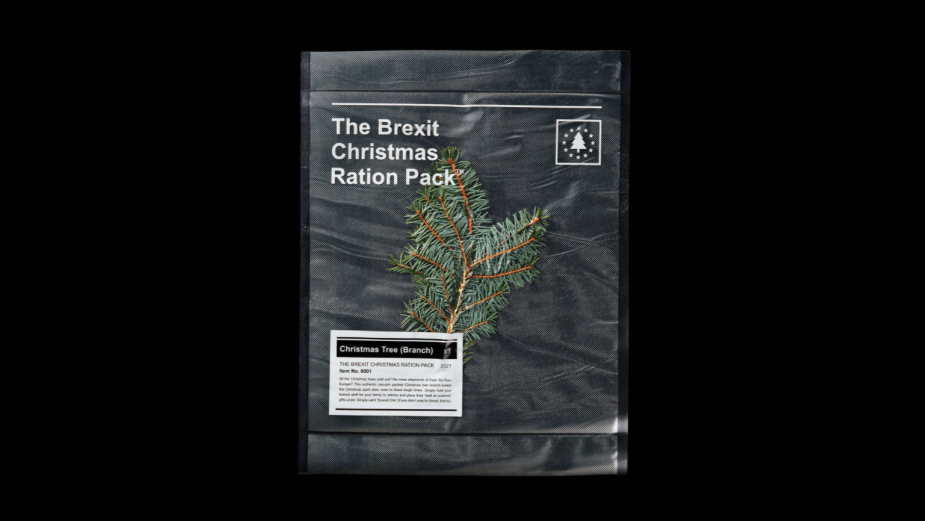 Christmas is almost upon us, but the season ‘tis not currently all about joy and goodwill, with warnings of festive shortages because of Brexit issues - not helped by the cost of Christmas dinner rising due to food price inflation and increasing pandemic fears after the implementation of Plan B coronavirus restrictions due to rising rates of Omicron.

There have been warnings there could be shortages of everything from turkeys to trees to toys in the run up to 25 December, the UK’s first Christmas since leaving the EU, with added worries about soaring fuel prices. According to Which? nearly 60% of us are worried about the shortages this year, with many of us already buying early to avoid potentially empty shelves - frozen turkey sales have almost doubled, according to analysts at Kantar, while frozen stuffing sales are up by a fifth. Iceland has reported a whopping 400 per cent increase in turkey sales and a three-fold hike in frozen party food purchases. 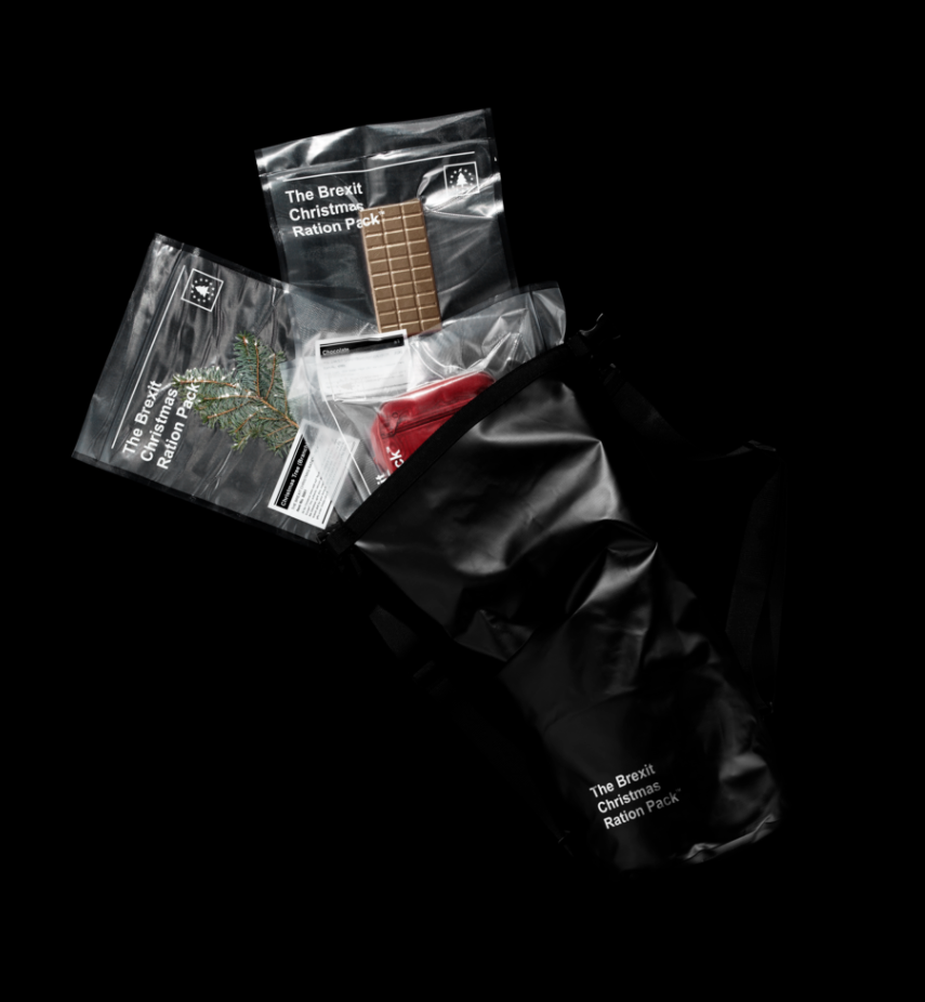 Lack of HGV drivers and supply chain workers are creating the concerns - not helped by the estimated 1.3million non-UK workers who have left Britain since the start of the pandemic.

But never fear - a somewhat tongue-in-cheek Brexit Christmas Ration Pack is being launched to ensure that no matter how badly this festive season is affected by Brexit-related shortages, all is not lost. And what’s more, there’s a serious message behind the pack - ‘buying’ one actually means you’ll be donating to food bank The Trussell Trust, to help those who will be hugely impacted by poverty and hunger this Christmas.

The Brexit Christmas Ration Pack is a seasonal reflection of the current bin fire that is Britain and comes crammed with 12 survival versions of festive classics for each of the 12 Days of Christmas to ensure your Yule is still cool - perfect to make sure all your secret ‘rona rule-busting Christmas parties that may or may not have happened go with a swing. It even includes an authentic vacuum packed single Christmas tree branch in case you can’t buy your own fir - simply hold your branch aloft for friends and family to admire and place their non-existent gifts under it. 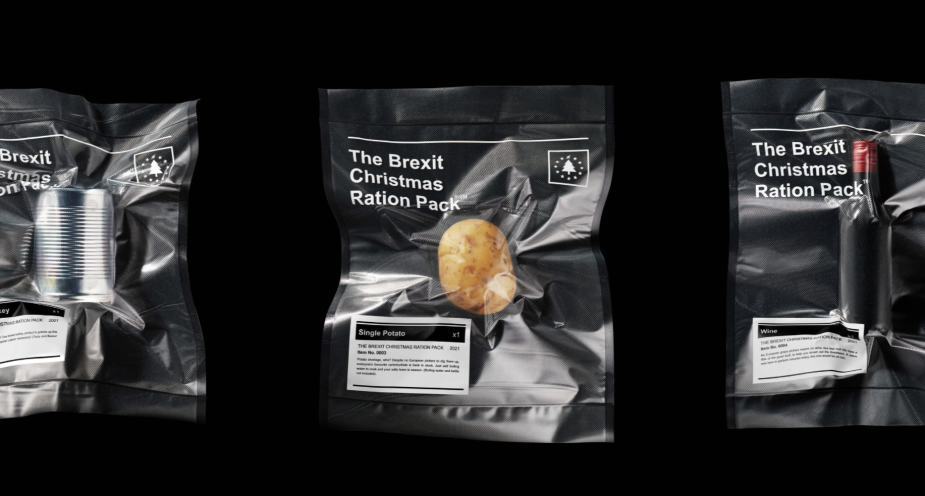 Reflecting the current shortage of European farm workers and labour shortages throughout supply chains, the Brexit Christmas Ration Pack also includes a single potato, tinned turkey, a tiny bottle of wine, a bottle of British sewage-tainted ‘drinking’ water (please don’t drink it), a mini jerry can of petrol, a single candle and a match to combat rising energy prices and earplugs to block out the sound of anyone saying that the shortages are nothing to do with Brexit when they really, really are.

As there’s currently a shortage of microchips, there’s a wooden toy to play with rather than a gaming device, which also doubles as fuel for a fire in the event of fuel shortages. Talking of which, there’s a foil survival blanket for you to huddle up under if the heating goes off.

All the items feature fun bar codes that spell out with numbers and letters the likes of 5T1LL3UR0P3AN, 80R3D0F8R3X1T and M3RRY5H1TMA5, and are all packed into Brexit Christmas Ration Pack bag.

The Brexit Christmas Ration Pack project, will launch on 13/12/21 and be promoted across social and OOH.

However, the Brexit Christmas Ration Packs won’t really be on sale - this is a fun festive stunt with a serious message and the brainchild of London-based creative agency The Or, part of the global Mother Family.

When you click on www.brexitchristmasrationpack.com to buy one as a fun stocking filler for a loved one (whether to a EU-loving Remainer or to wind up a Leaver), you’ll instead be directed to make a donation to food bank charity The Trussell Trust, which runs 1,200 food banks up and down the country to help feed the more than 14 million people in the UK living in poverty – including 4.5 million children.

According to the Trussell Trust, 2.5 million emergency food parcels have been given out so far this year by food banks to people in crisis – a 33% increase on 2020 - and it’s expected to be the Trust’s busiest Christmas yet. The real message behind The Brexit Christmas Ration Pack is that despite all the shortages, and how they may inconvenience some of us, the reality for many Brits will be far worse - being left with nothing on Christmas Day.

Amy Fasey and Jacob Hellstrom, senior creatives at The Or, said: “We hope people enjoy the dark humour of the ration pack - it’s been fun to create after a year of grim-sounding headlines. Brexit’s knock on effects have and will continue to hit everyone in different ways this holiday season - and at least this will give us something to smile about when our Brexiteer Uncle Bill starts his annual Christmas rant at the dinner table.”

While the ration packs won’t actually be available to buy to the general public, a few are being produced to be sent out to select journalists and influencers to raise awareness of the stunt and increase donations to the Trussell Trust.

Visit www.brexitchristmasrationpack.com to ‘buy’ your pack and make a donation. 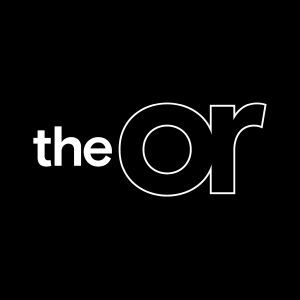 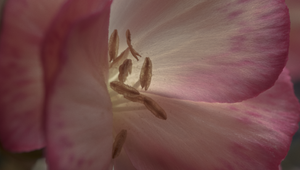