U.S entrepreneur and philanthropist will receive award during the International Festival of Creativity 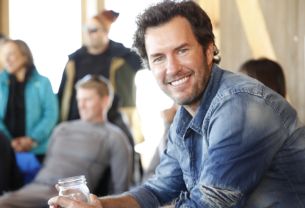 The Cannes Lions International Festival of Creativity has announced that visionary leader of ethical brand TOMS, Blake Mycoskie, will be honoured with the Cannes LionHeart Award at this year’s Festival.

Terry Savage, Chairman of Lions Festivals, said, “Blake’s unstoppable passion and commitment has driven him to create a brand model that has made a positive impact on millions of people’s lives across the world. His vision to develop a new kind of conscious consumerism has transformed into a global movement. Blake’s ongoing achievements truly encapsulate the spirit of the Cannes LionHeart.”

Introduced in 2014, the Cannes LionHeart is an honorary award, presented to an individual who has innovatively harnessed commercial brand power to make a significant and positive difference to people or the planet.

Blake Mycoskie, said, "It is incredibly special to receive the Cannes LionHeart award. I’m humbled and honoured that the TOMS movement has influenced so many and continues to inspire others to make a difference. Since TOMS began, we have given over 60 million pairs of shoes all over the world. This award not only belongs to me, but to all the many brilliant people working at the intersection of purpose and profit and to everyone that has helped share our mission along the way.”

Blake Mycoskie launched TOMS 10 years ago, as a non-for-profit, sustainable business that has provided new shoes to millions of disadvantaged children worldwide. In 2011, he started TOMS Eyewear and has helped to restore sight for over 325,000 people in need, through every pair of sunglasses sold. Mycoskie is the catalyst behind the One for One business model, which has inspired other global entrepreneurs to launch socially minded companies.

Blake Mycoskie was recently asked to join Richard Branson’s B Team, a group of business leaders embracing sustainable business practices and is also the author of best-selling book Start Something That Matters.

Blake Mycoskie will be presented with the LionHeart at the Cannes Lions Awards Ceremony on Saturday 25 June 2016.