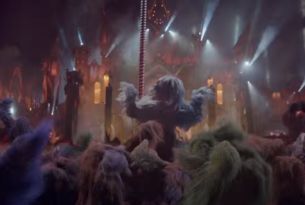 To celebrate its exclusive sponsorship of Tomorrowland, one of the world’s largest electronic music festivals, Anheuser-Busch InBev has launched ‘Infected by Music’ - a cross-brand global campaign to bring exclusive music experiences leading up to and during the Belgian edition of the festival (July 22-24) and reaching consumers all around the world.

At the heart of the global campaign is ‘Infected’ – an original song and music video made exclusively for AB InBev’s Tomorrowland partnership in collaboration with globally iconic Dutch DJ and producer, Tiësto, and LA producer and DJ, JAUZ. The 3-minute ‘Infected’ music video aims to get people fired up for Tomorrowland, and allows those around the world who can’t be at the festival in Belgium to get infected by music.

Created by Wieden+Kennedy Amsterdam, the campaign and music video are inspired by the inherently infectious music of Tomorrowland and the transformation that happens to consumers when they are immersed by the energy of the festival’s experience and become infected by the music. Created in partnership with Canada, the music video sees people at the festival spark an epidemic of love and dance, as they transform into colourful furry creatures who eventually take over the world. Creatures who only want to dance, be their better, furrier selves, and infect the globe with the vibe of Tomorrowland.

In addition to the main 3-minute music video a 30-second version will feature online and air on broadcast in selected markets, while a series of mini-trailers will feature across online and social channels. At the festival itself Tiësto will perform ‘Infected’ live for the first time on the main stage and AB InBev brands will provide exclusive experiences at ‘The Brew District’ – an area within Tomorrowland’s Dreamville campsite that features an around-the-clock open bar, food trucks and boutique glamping huts. Beyond the Tomorrowland festival in Belgium, 25 international markets will execute a series of local events against AB InBev’s global Tomorrowland sponsorship, with brands including Jupiler, Beck’s, Budweiser, Quilmes and Cubanisto. In addition, AB InBev is the exclusive partner to broadcast the Tomorrowland Live Stream online and in bars and clubs throughout the weekend.

“We’re thrilled to partner with the leader in electronic music festivals - Tomorrowland, as they create unprecedented music experiences for fans around the world. As a global company engaging with an evolving and connected global consumer, our ambition is to create memorable and meaningful moments for and with them – whether that is providing them access to new music from their favourite DJ, money can’t buy experiences or simply elevating their beer experience on-site –we believe that consumers will be more engaged if we provide value back to them,” said Lara Krug, AB InBev Global Director, Experiential Marketing. “AB InBev believes in the power of music to transform and is committed to creating authentic music moments that engage people across the globe.”

On the campaign and film W+K Amsterdam Creative Director, Thierry Albert, says: “Tomorrowland unites the world through a love of music. It brings together completely different people with completely different lives from completely different corners of the world. And this is when the magic happens. The festival transforms goers into the true version of themselves. In the ‘Infected’ music video we bring this to life by visually displaying this transformation as free, loving, dancing, singing creature who only wants to party, love and drink cold beverages. Which sounds like music to my French ears...”