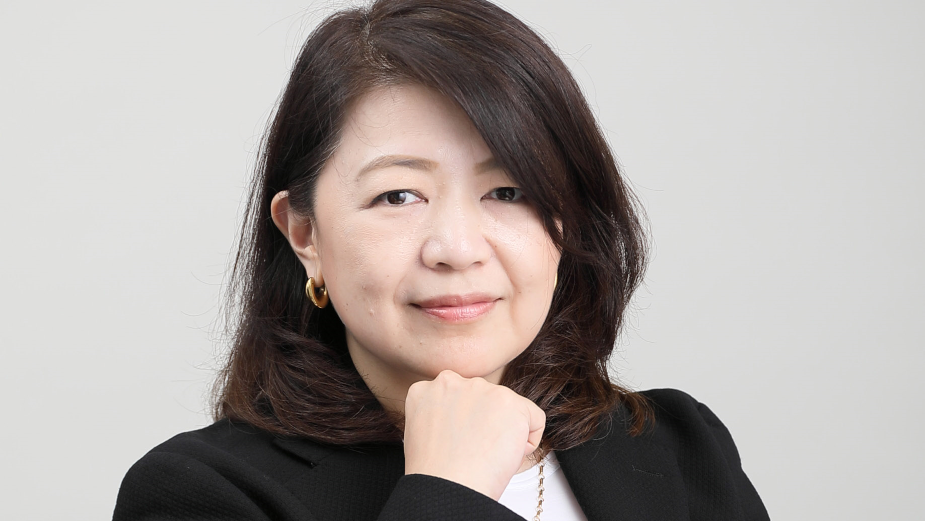 Growing up as a child who questioned ‘why’ everything was at it was, studying law and working in a predominantly male dominated industry at a time when the Equal Employment Law for women was just coming into effect, have all contributed to making Tomoko Kanezaki who she is today. And today, she is the managing director of creative planning at Dentsu Inc., a role she was recently promoted to after navigating the murky pandemic-filled waters of 2020.

For Tomoko growing up in Japan and the suburbs of New York, she was always aware of the creative industry and never more so when MTV burst onto the scenes in the late ‘80s. “As a young teenager, MTV was always on in our living room, so I kind of liked the idea of visuals with music and storytelling without really much narration.” Couple this with her childhood that spanned two continents and it's no surprise that Tomoko believes that “you can really see culture through commercials.” But before she entered the world of television planning at Dentsu she studied for a degree in law which she thinks translates easily into advertising.

“The law is there to solve problems and all the issues and changes as the years go by. I think it's a lot like advertisers, they have issues to solve. I find the thinking process a lot like solving two people's problems and settling them to make them happy. If you want to settle them in a win-win way you have to dig deep into their minds and see what they really want as an outcome. That's a lot like advertising, when you have a client or issue to solve.”

Just four years after Japan passed the Equal Employment Law, Tomoko joined Dentsu Inc. and is amazed at the difference the passage of time has made on bringing women into the industry. Then, out of 120 people just 20 were women, whereas now over half are. Interestingly, she believes that “marketing is a good place to start to have a career as a woman”. She explains that if half of Japan’s consumers are women “you can’t be a good creative with a lopsided way of thinking”, so hiring more females has aided the company’s way of communicating to its target audiences. “I think it's easier for us to work in the industry, because even if you speak up against what a man says, in a meeting, nobody holds it against you. Even as a young girl, I was able to speak up and speak my mind and tell them what I thought about the concept and there weren't many places then that allowed you to do that.”

While equality has come a long way in the workplace since the start of Tomoko’s career, one thing that’s changed beyond measure in the past 12 months is Japan’s notorious long hours of work. The new flexible way of working is something she wishes she was able to do back when she was raising her family, and while many young mothers have benefited from this, Tomoko admits it means the team often have non-stop meetings due to lack of boundaries while working from home. However, Dentsu has recently decided that in the office, all lights are off at 10pm, though Tomoko muses that the creative process is one that never ends.

Remote working isn’t the biggest change Tomoko has seen throughout her career. The rise in digital and the new ways for brands to target an audience have followed Tomoko over the years. While she admits to not being fond of being “tracked, checked and targeted” she finds working on concepts that have a short life span “refreshing”. Interestingly, as someone who works on the KAO account and looks after detergents and soap which “disappear as you use them”, Tomoko has always had to be one step ahead of making consumers loyal to something which is there one minute – and gone the next.

One of the biggest projects she did for KAO was a corporate communication campaign with Tokyo Disneyland. The brief for the project was to teach children to have a sense of hygiene without being told to wash their hands by their parents. This resulted in every restroom in Disneyland featuring Mickey Mouse shaped soap, not just renewing an interest in hand hygiene, but it had people coming to the theme park from all around the country just to stand in line so they could use this uniquely shaped foam. While the pandemic closed the park for a while, the team at Dentsu are aiming to launch a second phase of the campaign in due course.

While working on a campaign for Disneyland is bound to pique any creative’s interest, the way that Tomoko gets her creative inspiration comes from an unexpected way. “My old boss used to say when you break up with somebody or cry or have a bad experience write it down and remember the moment when you cry because the crying moment doesn't come at that time, it comes out later when somebody approves or just kind of confirms what you did.” Tomoko still stands by this today and gains her best insights from watching people, talking to young creatives on the team about their lives or catching the right moment as an emotion is exposed.