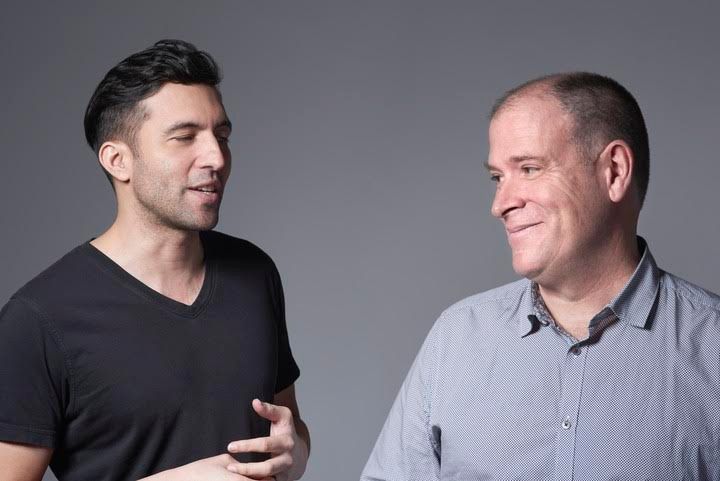 Tom Rossano and Elliot Blanchard have launched PRISM, a contemporary, Brooklyn-based production company and creative studio. Rossano comments: “Elliot and I realised that by fusing my production knowledge with his technological chops, we could offer our clients the ability tell stories across disciplines, stretching from the traditional into never-been-done territory.”

Rossano and Blanchard have assembled a collective of directors, artists, producers, animators, and designers, with expertise in traditional commercial/branded content, emerging technologies, VR, and live interactive experiences and installations.

Tom Rossano has been deeply involved in the success of world-class, award-winning production companies, having been the executive producer at Hungry Man from its beginning and then a partner at Station Film. Throughout his career, Tom has produced memorable commercials for a variety of iconic brands including Febreze, Burger King, BMW, Mercedes, Optimum Xfinity, Kayak, ESPN SportsCenter, Progressive and Budweiser. The hard-earned fruit of Rossano’s professional labour is a hands-on approach that is present with every project at PRISM.

Elliot Blanchard is a pioneering director who has built his career on a foundation of animation and code. Blanchard established Invisible Light Network, an integrated creative studio where he has worked with clients including MTV, IBM, UNICEF, Vitamin Water, GE, Target, Sony, Lexus, AmEx, Pepsi, CoverGirl and Google.

Whether Blanchard is working within two or three dimensions, everything he touches morphs the role of passive viewer into active participant. This includes turning the human voice into wearable art for an event at Oracle; creating his app “VR Loops,” which allows users to make their own virtual reality worlds that can be shared via animated GIF; and creating the immersive 360 visual experience for HP, which brought thousands of Panorama Music Festival-goers on a journey through time and space in a 69-foot dome.

“I’ve always wanted to bring live action into the mix, so meeting Tom was serendipitous,” says Blanchard. “He was coming at it from a mirror image, looking for a partner with his level of experience, but in the world of emerging technologies. We both found the missing puzzle piece.”

“Even with all the cutting-edge ways we have to engage consumers in this new attention landscape, at the end of the day it still comes down to story, talent and execution,” says Rossano. “A good story need a good storyteller and no matter what type of technology comes along, this will never change. Each one of our directors has a fresh point of view and the passion to boldly go forward in pursuit of that original vision. We are inspired by them daily.”