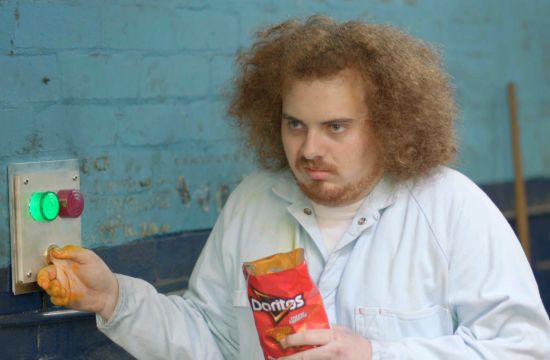 It's the first year the create-your-own ad contest has been open to global entries and Noakes’ spot has already gone viral with more than one million hits on YouTube, making it the most viewed in the competition so far. It has been consistently placed as one of the highest-rated entries of the 5,000 plus submitted to the Doritos microsite.

Coming up with a bizarre method of cleaning your fingers after eating the crisps, Noakes wanted to produce an ad that harnessed the oddball comedy that Americans love so much.

On the inspiration for the spot, Noakes screamed: “It definitely has nothing to do with the hole in the Photoplay toilets that I’ve definitely never used.”

Online for just over one week, the ad’s far-flung global popularity is testament to its international reach. Photoplay Films producer Belinda Dean puts its success down to two things: share-ability and suitability for the brand.

“Doritos typically make comedy scripts and the competition brief was to do something bold and unexpected to tie in with the tag ‘For the Bold’,” Dean said, adding: “Tom is part of the YouTube generation and he understands that extreme types of humour are what people best respond to and that translates to views.”

Oliver Lawrance, Photoplay Films’ executive producer says, “Tom is a super talented comedy director and the Super Bowl competition is the perfect forum to explore progressive and hilarious ideas. We’re really excited about where this could go.”