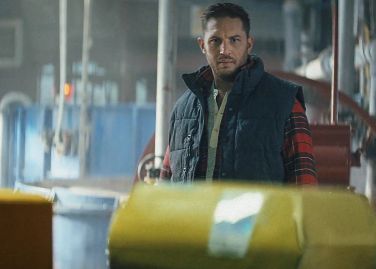 The films were shot by award-winning film director, John Hillcoat, best known for The Road, Lawless and The Proposition.

The ads will run across ITV1, C4, ITVB, ITV Digital, C4 Digital, Sky Media (including C5) and Eurosport until 30th May.

A supporting radio campaign will air on the 7th April, building on Sky’s propositions and approach and demonstrates that there’s a way to be free of the frustrations mobile customers currently face, by taking a new way with Sky Mobile.

Lyssa McGowan, Brand Director Communications Products at Sky said, “Sky Mobile is shaking up the mobile market yet again with the launch of our new ad campaign, showcasing our key features – Swap, Mix and Roll. All three appear in our new campaign and will resonate with customers who want a mobile plan that gives them more choice, more flexibility and more control. We’re really excited to be working with Tom Hardy. Tom brilliantly brings to life the frustration felt by customers with their existing providers, as well as showing how Sky Mobile offers customers ultimate flexibility whether they’re swapping phones, mixing up their plan or rolling over their data. We are looking forward to saying ‘Hello’ to all our new customers who come and join us at Sky Mobile.”

Leon Jaume, Executive Creative Director, WCRS said, “We wanted to launch Sky Mobile with a campaign that's really clear and straightforward, but compelling and memorable at the same time. And to be fair, we had a bit of a head start with a product as revolutionary as Sky's and an actor as powerful as Tom Hardy.”.