Tom Bellamy and Alena Miklasova Join We Are Social 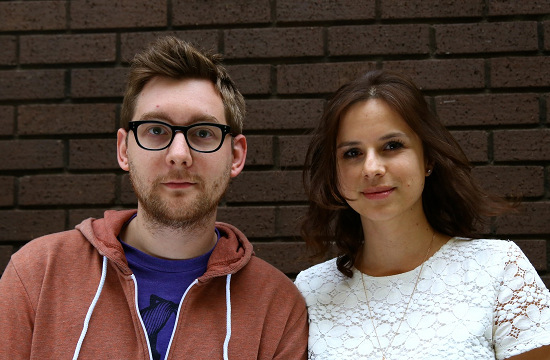 The team's most recent work includes the latest Monarch Airlines campaign featuring Oculus Rift technology. Before this, Bellamy was the creative on the multi award-winning Monarch Mountain augmented reality-based campaign, which won numerous awards including the 2013 DMA Grand Prix.

The pair met at WDMP, where Miklasova joined after working at OgilvyAction for three years. In addition to receiving the Ogilvy Worldclass Young Star award, Miklasova helped win the S C Johnson account and worked on clients including Dove, Coke, HSBC and Siemens.

The pair have also managed to break a Guinness World Record for the “Most People Dressed as Smurfs in a 24 hour Period” to promote the release of 'The Smurfs' Movie in 2011, a record that still stands today. At We Are Social, the pair will be working together on campaigns for clients including Danone, Heineken and Jaguar.

Commenting on their move to We Are Social, Bellamy and Miklasova said: “The world is becoming increasingly social, with people sharing and talking more than ever before, but it's no longer enough to talk ‘at’ people. It's about creating ideas that people want to be a part of - ideas that open up conversations and add something to people's lives. We are really excited to work at an agency that recognises the importance of this for brands.”

James Nester, creative director at We Are Social, said: “We’re very impressed by Tom and Alena’s creative hunger, their passion for innovation and their great personalities. Anyone who holds a Guinness World Record as crazy as theirs will be a very welcome addition to the team.”