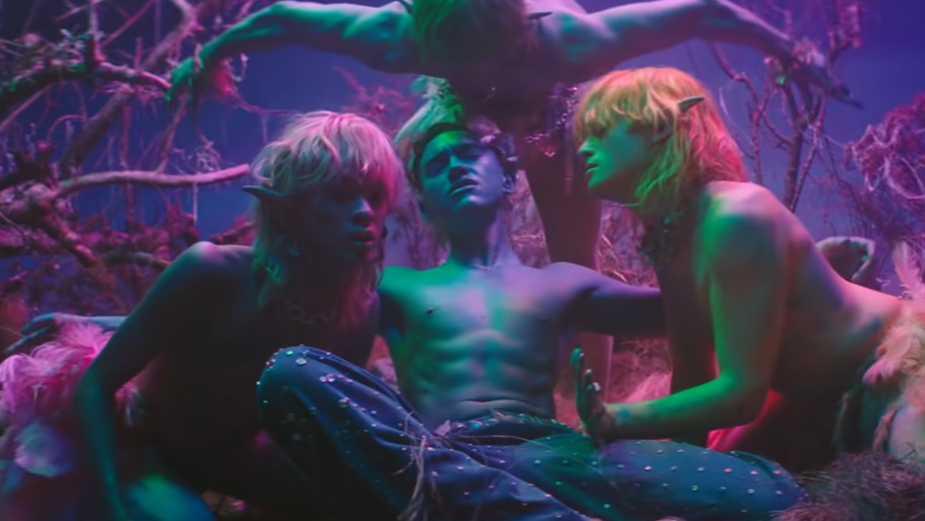 Years & Years frontman Olly Alexander is not only an acclaimed singer, but also won rave reviews for his leading role in HBO Max miniseries ‘It’s a Sin’. The video for ‘Crave’ stars ‘It’s a Sin’ cast members including’ Omari Douglas, Nathaniel Hall, and David Carlisle, as well as model Munroe Bergdorf. Years & Years will release ‘Night Call’ on January 7th, 2022 via Interscope. Pink News described the video as “a spectacularly queer slice of kink that reunites the It’s a Sin cast.”

Tom Beard is an award-winning filmmaker, whose 2018 feature film directorial debut ‘Two for Joy’, starring Samantha Morton, premiered at the Edinburgh Film Festival and Seville Film Festival and won him critical acclaim. He is also a celebrated director of commercials and music videos, as well as an accomplished stills photographer whose portrait of Florence Welch recently acquired by the National Portrait Gallery in 2019.

Tom worked closely with Olly Alexander to bring to life his creative concept for the music video, which included references to the Cult of Dionysus and Shakespeare’s ‘A Midsummer Night’s Dream’ reinterpreted for a more gender-fluid contemporary audience. ‘Crave’ was executive-produced by Chris Murdoch out of PRETTYBIRD with director of photography Jack Exton.

Director Tom Beard said: “It’s always amazing to receive a brief so jam packed with ideas and starting points. Olly had included everything from the Cult of Dionysus to pages on BDSM. I chuckled to myself when I thought about how to entwine the concepts together. From there, images of Disney’s Woodland Creatures kept on popping into my head…especially the scene in 'Snow White’ as they dance her through the forest. After chatting with Olly I started to develop this idea further - twisting and subverting the theme of “a fucked up Disney' mixed with a ‘Midsummer Night’s Sex Dream’, reclaiming the Disney villains and kinking the whole thing up to create an altogether more adult and fantastical scene!”

Olly Alexander said that: ‘Crave’:“…is a playful way of inhabiting the deranged sexual energy I’ve always wanted. In the past I felt like I’ve been dominated by toxic relationships, and I felt like it would be fun to turn it on its head.” On the new album, he adds: “I was writing from a fantastical space, stuck in the same four walls. I wanted to have as much pleasure as possible in the music.”