Bazeley helped launch the company in 2012 with a cash investment, premises and a place on the board 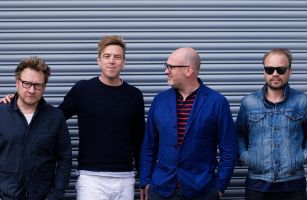 Tom Bazeley is joining Hoot Comedy as CEO from April 2017. It’s a move that sees a return to the company that he helped set up five years ago, and represents a shift away from the traditional agency to the production and IP model.

Hoot Comedy was founded in 2012 by Perrier Award-winning comedian James Rawlings, BAFTA-nominated screenwriter Ben Bond and RTS-nominated producer Ben Thompson. The company splits its time between creating content and advertising for brands and agencies, and creating original content for broadcast, film and syndication.

The company is firmly anchored in the world of comedy, screenwriting and TV production. Which explains the beautiful paradox behind Hoot’s success: the less they know about marketing and advertising, the better they become at it.

Bazeley helped launch the company in 2012 with a cash investment, premises and a place on the board, but later had to sell his interest when Lean Mean Fighting Machine was sold to M&C Saatchi.

"After a couple of years running M&C Saatchi, I could do with a bit of a laugh. Hoot’s natural inclination is to avoid over-thinking things....put simply, our hunch is that we buy from people we like, and humour is the easiest and fastest way to get there. It’s a simple sell to agency folk, marketing directors and makes coming to work in the morning very enjoyable” said Bazeley.

James Rawlings, co-founder said, “In truth, Tom isn’t that funny but he’s really good at other things; wake-boarding, accents, wearing brightly colour clothing and running businesses. These were all criteria for our new hire."