WCRS creatives seek out client of their own 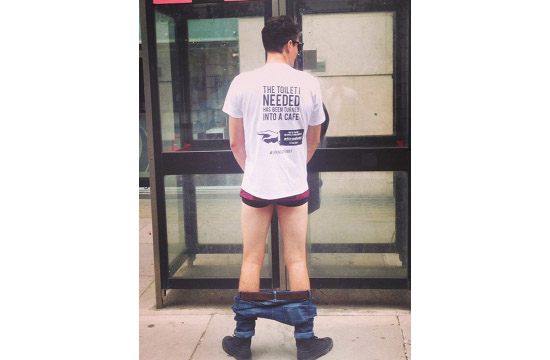 Needing a bit of a creative injection, WCRS creative team Gavin Cumine and Andy Parkman, recently went out and found a client of their own. Said client was a new lock London business; a café that was converted from public toilet to trendy bean crusher.

"We came up with an idea to do a stunt near the café to create a buzz around the opening," said Cumine and Parkman. "This involved getting people to wear tee shirts with "The toilet I needed has been turned into a café" written on the back, with an arrow pointing them in the direction of the attendant. The twist was that these people were peeing in the street. Well they looked liked they were - no actual streets were urinated on!"

The project spurred an influx of Twitter and Instagram activity centred around the London café and business has since increased. 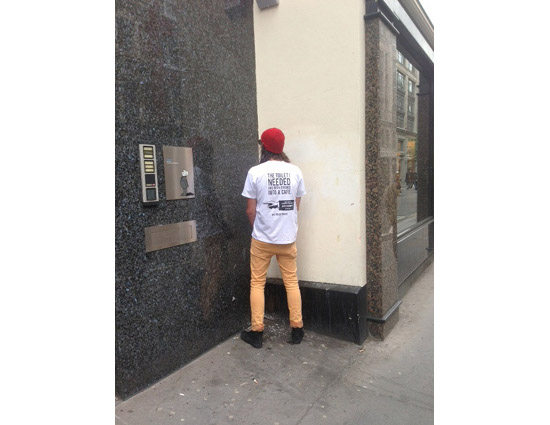