INFLUENCER: VCCP's Bonnie Stuart says when it comes to engaging with millennials, it’s not about trying to ‘go viral’ 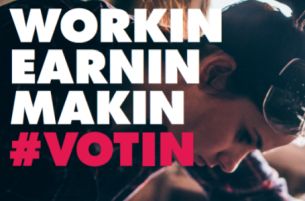 A couple of recent polls, one commissioned by YouGov another by Affilinet, revealed a number of interesting insights with regards to today’s millennials; turns out it’s not all about Carlsberg and Instagram – who’d have thought it?

It’s fair to say that 18-24 year-olds in the UK get a bad rap. Whether it’s their ostensibly self-entitled work ethic, their so-called ‘dangerous’ technology habits or their apparent political apathy – young people being vilified is hardly news. And it’s not the just the older generations dishing out patronising disparagement; brands and the media don’t always help.

For those who fall into this age bracket but who are also (god forbid!) savvy, engaged, curious and tenacious, the (what feels like constant) barrage of negative stereotyping might seem somewhat unfairly flung. And it turns out this would be a fair analysis. Affilinet’s recent poll reveals that 18-24 year-olds are more likely to be engaged in discussions around their financial situation and politics than they are with say fashion or gaming, with 25% reported to be most likely to follow money saving accounts on social media, while 19% are most likely to follow accounts of political interest.

And YouGov’s poll yielded similar results. Drawn from a pool of nearly 400,000 it was revealed that the top 10 most popular brands with millennials included Macmillan Cancer Support, Cancer Research UK and Paypal, with comparethemarket.com also seeing improvements in brand performance. At the very least, the data certainly hints at a more engaged, financially savvy and socially aware group of people than many would have us think.

The poll’s results are also a reminder that when it comes to engaging with millennials, it’s not about trying to ‘go viral’ or copycatting ideas that already have (VoteyMcVoteFace, I’m looking at you). Brands can learn a lot from what young people are actively seeking out, be it through YouTube, Google, BBC iPlayer or Netflix (all of which made the top 10 brands list) and will do well not to assume all millennials are ‘chillin’’ at home in their Ugg boots playing Pokémon Go.