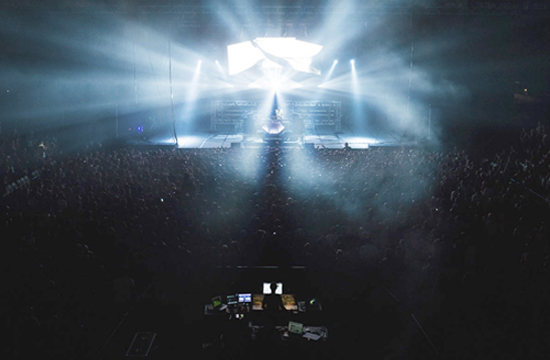 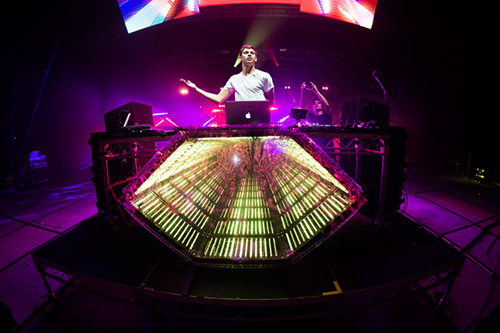 “Flume is an international phenomenon. Rolling Stone magazine called his first album, ‘scarily
close to perfect’. So when Flume’s record label, Future Classic, contacted us to say they were
looking for designers to create a visual icon for the artist that could become as unique and as
spectacular as the music he produced, we were excited to say the least”, said Toby & Pete
co-founder, Toby Pike.

The Infinity Prism and accompanying multi screen visuals have been the centrepiece of the ARIA
and iTunes chart topping artist's sell out headline tour, Splendour In The Grass, Triple J's One
Night Stand live TV event, and recent tours of Europe. 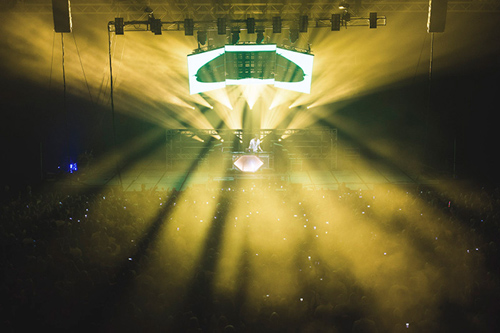 As a result, the show has garnered the prestigious Best Live Act award at the 2013 InTheMix
Awards.

“The Toby & Pete crew have done such an amazing job pulling it all together, not only do I have
an Infinity Prism, but I also have an amazing platform which allows me to connect with the crowd
on a visual level. We feel we've only just cracked the surface of what's possible; we're already
making plans for what's to come in future shows", commented Harley Streten (FLUME) 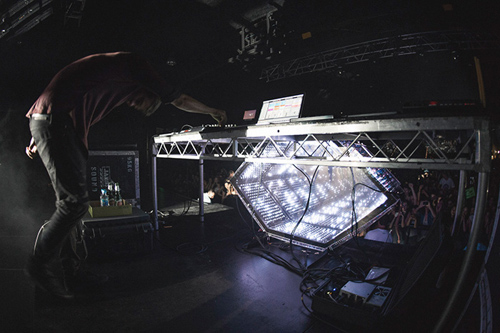