‘To Cure with Medicine, To Heal with Love’ 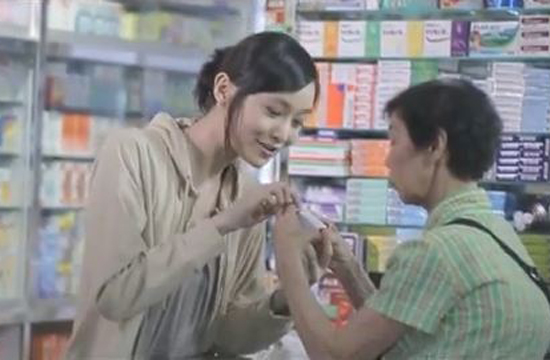 Y&R Hong Kong has launched a campaign for The Society of Hospital Pharmacists of Hong Kong, to raise awareness of the pharmacist’s integral role in public healthcare.

Hong Kong is well-known for its professional and advanced health services, however a growing aged population coupled with rising immigration from the mainland are imposing an increasingly heavy burden on both public and private healthcare.

A professional body that was established to support and educate the general public on matters related to medicinal drugs and pharmaceutical products, The Society of Hospital Pharmacists of Hong Kong (SHPHK) strives to reinforce pharmacists’ role as the ‘neighbourhood medicine (wo)man’ in the community. By raising awareness of pharmacist services, SHPHK seeks to lessen the burden on the public health care system.

“The challenge lay in the fact that Hong Kong people are unfamiliar with pharmacists’ actual role. They tend to rely heavily on doctors and nurses in hospitals and see pharmacists only as a medicine retail outlet,” explained Pierre Loo, Regional Business Director at Y&R Hong Kong. “Hence the new ‘To Cure with Medicine. To Heal with Love’ campaign was produced to raise awareness of the pharmacist’s role, to build affinity between communities and pharmacists, and to encourage a wider use of pharmacists services within neighbourhoods.”

To reinforce the professional yet intimate position of pharmacists, the mini movie is shot from the first person perspective of May, a community pharmacist. By portraying May’s role as both a professional pharmacist, and the daughter of a patient who has not adhered to his medication, the film highlights that both medicine and care are crucial to patients’ well-being.

A short version (30”) will be aired on broadcast TV, bus TV and online TV to reach the target audience, to raise awareness and to drive viewers to see the full version mini-movie.