To Brexit or Not to Brexit? The Ad Industry Says, “Meh”

The blend of personal, political and professional means the ad industry is biding its time before forming an opinion on Britain’s EU referendum 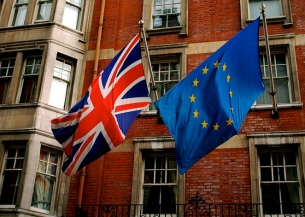 Brangelina. Kimye. Cronut. Jedward. Annoying portmanteaus are an inescapable part of the modern lexicon (which is as convincing an argument against the concept of human evolution as I’ve ever seen), and in the UK there’s one mash up word that’s really been on the increase in recent months, one which could have huge ramifications for the European advertising industry: Brexit.

It’s so ubiquitous that it’s even got an entry in the Oxford English Dictionary: “A term for the potential or hypothetical departure of the United Kingdom from the European Union.”

Thanks to some (overexcited) election promises from Prime Minister David Cameron last year, Britain is locked into a referendum about whether or not to consciously uncouple (thanks for that one Chris and Gwyneth… err… Chrineth? Gwis?). It’s a decision riddled with wide ranging implications but, to date, it’s been pretty dry. (That all changed when London Mayor Boris Johnson decided to betray Cameron and join the ‘Out’ camp, a bizarre Suicide Squad type team up of some of the UK’s most, er, outlandish politicians… But still, most of the chatter has been about telenovela-level drama rather than, say, politics.)

Which might explain why the overarching response to my attempts to get any sort of insight into what kind of impact Brexit could have on the industry has been: ‘meh’. Almost quite French, when you think about it. A casual shrug of the shoulders. A ‘bof’. Maybe a long, slow chug on a Gaulois.

One person, who told me they didn’t think Brexit would have much of an impact on their part of the industry, even apologised for being so boring. “I wish I could offer a more challenging opinion, but…” he trailed off, sheepishly.

And where there are strong opinions, there’s nothing approaching a consensus. Different parts of the industry face different challenges, and even within sectors giant global networks have different priorities from tiny indies. Add personal politics into the mix and what emerges is a knotty tangle. There have been a lot of off-the-record chats with people not keen to give quotes, aware that their views don’t necessarily reflect their companies’ views, that being for or against EU membership doesn’t always reflect the views of Europe or their European colleagues.

That being said, there are several areas where staying in or leaving the EU could impact the standing of UK advertising and production companies. Network agencies working on European or global clients might be feeling nervy about the prospect of ‘Brexit’ and EU-wide directives about advertising standards and digital practices emerge from cross-country and cross-industry conversations that UK agencies won’t want to be excluded from. EACA has voiced its concerns about the loss of the UK from the EU for just this reason.

When it comes to talent, experts I’ve spoken to don’t think there’s going to be much bearing on middle and senior level people. While the EU allows for freedom of movement, they say that the number of Australians, Latin Americans and North Americans working in the UK shows that agencies are willing to sponsor visas for talent with the right skills. For production companies, though, where things are a little more fluid and budgets considerably tighter, the issue isn’t quite so straightforward. Moreover, junior practitioners from mainland Europe could find themselves facing a bigger challenge than their more senior colleagues; in the UK applicants for Tier 2 skilled worker’s visas require a minimum of three years’ of experience working in their area of specialisation.

For small businesses, freedom from EU red tape could be seen as a positive, allowing for more flexibility. On the other hand, the headache of navigating business in the EU without the shared infrastructure is a worry.

Aside from a few voices, for now the conversation around Brexit is hushed and confused, if it’s happening at all. I’ve spoken to several business leaders who have barely given it a thought. But as the months roll round and the vote gets closer, we’re likely to see a clearer debate emerge about the pros and cons of EU membership for the advertising industry.

But then maybe not. The referendum is due to take place on June 23, when a substantial chunk of the UK’s advertising industry will be rosé-ing it up in Cannes. Bof.