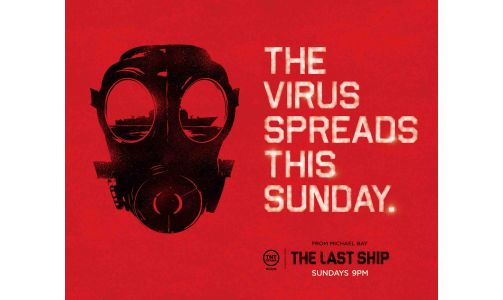 TNT is working with mono to build anticipation for its new drama series “The Last Ship” through a takeover of Grand Central Terminal in New York City, starting today, Monday, June 16th. Starring Eric Dane (Grey's Anatomy) and executive-produced by blockbuster filmmaker Michael Bay (Transformers), The Last Ship takes viewers into a future world where a global pandemic has wiped out 80% of the population and the crew of a Navy destroyer is determined to save the planet. The series premieres Sunday, June 22, at 9 p.m. (ET/PT)

TNT and mono have created a visually arresting experience impossible for passersby to ignore, using bold, gritty imagery of gas masks; the stark colors of red and black; and messaging like “Find the cure, rule the world” and “The virus isn’t the only enemy.” The stairs will be painted 20% black and 80% red, simply and unexpectedly illustrating the glaring 20% survival rate depicted in “The Last Ship.” 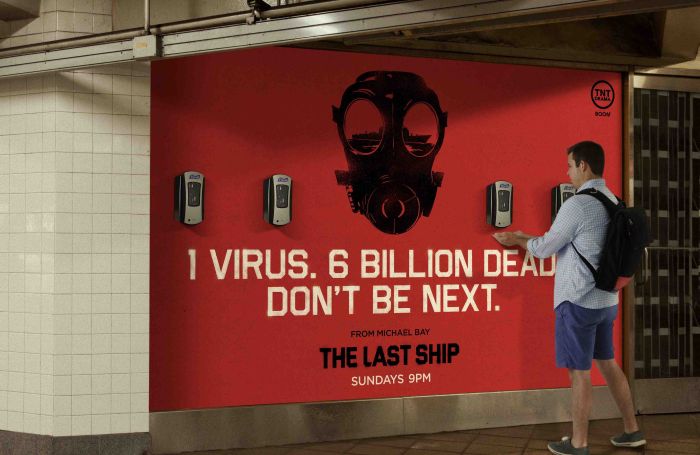 "The Last Ship" experience also incorporates an inventive brand partnership featuring strategically placed PURELL® dispensers throughout Grand Central. The dispensers will encourage commuters to interact with the display while they disinfect. Over 130 tactically positioned posters, banners and other installations throughout the space will give Grand Central's 750,000 daily visitors a powerful taste of the show.