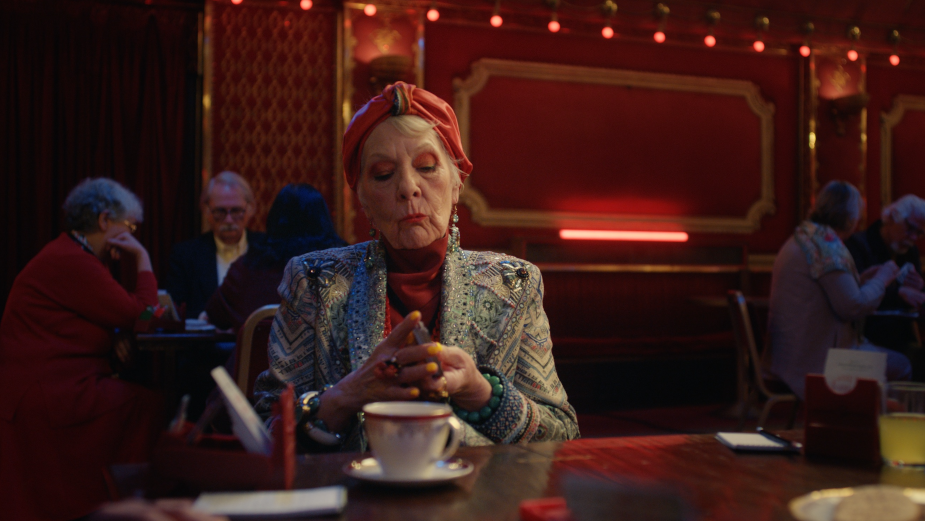 TK Maxx has today launched its new brand campaign - ‘Big Wins, Small Prices’ - with three new TV ads, celebrating the feeling of pride you get when you find great quality products and big brands at amazing prices. The campaign will run in the UK, Ireland, Germany, Poland, Austria and the Netherlands, combining AV with print, digital, social, influence and PR to create a fully integrated, through-the-line campaign.

Kicking off the campaign will be a trio of TV ads that depict shoppers basking in the winning feeling of their Big Win purchases from TK Maxx. Whether it’s branded homeware, fashion or beauty, the campaign aims to show that TK Maxx makes high quality accessible for everyone. Directed by renowned advertising director Fredrik Bond and shot in London, the ads will air on TV in the UK from 20th May.

As Margot is shuffling cards with impressive choreography, the camera focuses on her bright yellow nail varnish, which she is not-so-subtly showing off. When asked where the polish is from, Margot responds: “TK Maxx. It’s pineapple sunset. It’s salon quality. It’s sexy. It’s fashion darling”, whilst giving them a last flash of the fabulous nail polish.

The ad begins in a taekwondo studio where parents and kids are getting ready for class. Christine steps forward wearing a shimmering silver belt instead of her usual taekwondo belt. Her instructor asks where the belt is from and in response, Christine performs an amazing sequence of taekwondo moves, proclaiming “TEE… KAY… MAXX” and walks off proudly.

It’s nighttime and we see a woman in her kitchen reading. Over her shoulder in the apartment opposite, we see a lamp flicker in the window. The lamp moves along the window frame, playfully turning on and off as it moves. A head then pops up along the windowsill. It’s the neighbour who exclaims, “It’s a desk lamp! It’s got a swivelly head! Total bargain!” When asked where it is from, he proudly mouths: “TK Maxx.com’

Deborah Dolce, group brand and marketing director at TK Maxx comments: “We've known for years that our shoppers truly revel in the treasures they find at TK Maxx, both the actual purchases but also the sense of excitement and satisfaction they get when they take home their finds.  After a year like no other, we want to celebrate that uplifting feeling and the extra bounce in your step that you get when you buy something incredible at a snip.  This campaign captures perfectly, and with such warmth, that unique TK Maxx feeling of joy and pride."

Joanna Cassidy Osborne and Joseph Paul, creatives at Wieden+Kennedy, comment: “Social media is full of shoppers chuffed to bits with their Big Wins at TK Maxx. We wanted to tell a range of short stories with the same proud tone as these little social brags, creating a series of premium films that retain the signature TK Maxx quirk."

The campaign creative, TVC production and digital assets have been created by Wieden+Kennedy London. Ogilvy is the PR and influence agency and Mindshare is the media agency. The in-store and social creative will be delivered by TK Maxx’s in-house Creative Team.