Titmouse Invites You On a Free, Psychedelic Musical VR Ride in 'Show It 2 Me' 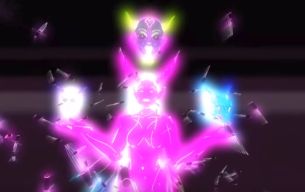 Titmouse, the Emmy award-winning animation studio known for shows such as Big Mouth, Niko and The Sword of Light, Venture Bros. and the VR party game, Smash Party VR, announced the availability of the interactive VR music video, Show It 2 Me. Available for free on Steam for the HTC Vive as well as on the Oculus Store for both Rift and Gear VR, the viewer rides shotgun next to a demon woman surrounded by a bright neon '80s-inspired landscape that pulses to the beat. Named after the song by Night Club, an electronic music duo from Los Angeles that features Emily Kavanaugh and Mark Brooks, Show it 2 Me premiered earlier this year at the SXSW Virtual Cinema; it is co-directed by Mark Brooks and Dylan Carter.

“Nowhere else can you find demonic cars, pulsating brains, and disembodied tongue-mouths all in one VR music experience,” said Chris Prynoski, Titmouse president and owner. “Show It 2 Me is the perfect way to leave the meat world and enjoy three minutes of electrosonic VR dream stabbing.”

All of the art elements were created using Google’s Tilt Brush virtual reality app and then placed into Unity. Show It 2 Me features art created by Chris Prynoski and Antonio Canobbio, Titmouse creative director, using the audio reactive brushes which animate to music in Tilt Brush.

Earlier this year Google released the Tilt Brush Toolkit complete with brushes that animate to music. Tilt Brush creative director, Drew Skillman said, “We open sourced the entire Tilt Brush Toolkit in hopes that other artists can follow in Titmouse's footsteps and create their own VR music videos along with any other narrative, interactive, and immersive content they can dream up.”

In addition to the launch of Show It 2 Me, Titmouse revealed that its second VR music video, Icarus 666 will launch in early 2018, also available for free. Described as a fast Space Mountain VR ride with a metal symphony driving your spaceship, Icarus 666 samples a track from Brendon Small’s album released this summer, “Galaktikon II: Become the Storm.” Brendon Small is the mastermind behind metal band DETHKLOK and albums “The Dethalbum” and “Metalocalypse: The Doomstar Requiem.”

From cartoons to VR and AR, Titmouse’s motion scientists are constantly bringing fresh and fun productions to life. In the world of AR, check out the newly launched Gravy Time World Lens on Snapchat.

Gravy Time from Titmouse is one of a dozen community-designed Snapchat World Lenses being showcased as a part of Snap Inc's launch of its new Lens Studio developer tool. With Lens Studio, Snapchat is for the first time inviting artists and developers to create and share their own 2D and 3D augmented reality creations for Snapchat. If you’re looking for a fun AR cartoon companion, meet the lovable Gravy who will gaze at you adoringly, do an enthusiastic jig and sheepishly back away from you. You love Gravy - and Gravy loves you! 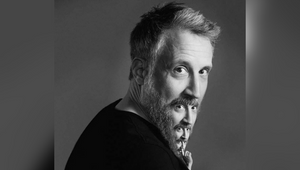 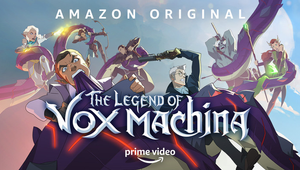