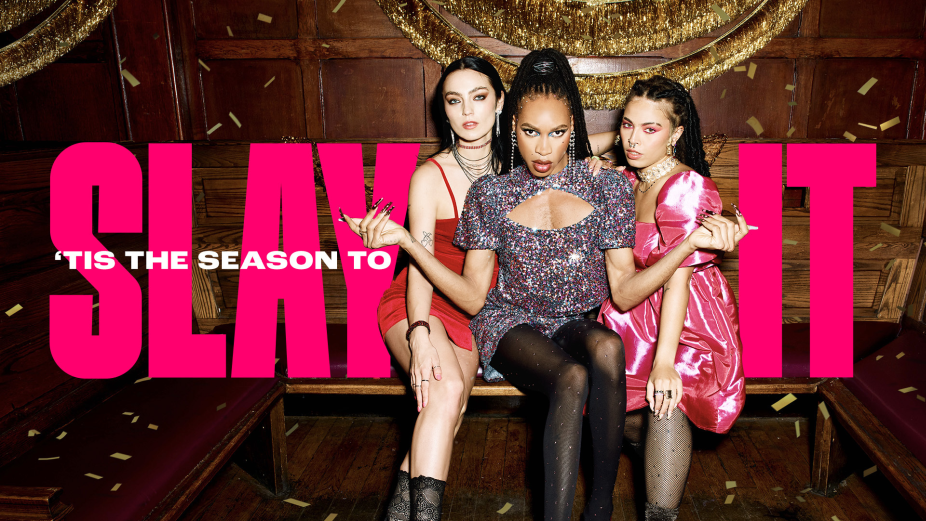 In order to position themselves as a credible player within the high street fashion landscape this Christmas, George looked to do something different from the usual Christmas ad and instead tap into a meaningful insight, whilst still celebrating the season. The resulting campaign is a celebration of New York Ball Culture, a loud and proud counter-cultural phenomenon rooted in necessity and defiance.

Impero’s master film sees the lead character Jabarri, enter a traditional British pub at Christmas. Knowing how society sometimes receives gender non-conforming and trans people, Jabarri visibly becomes worried about the sparkling outfit they had initially loved. Then, fortified by music and an inner confidence, they push through the feared judgement and discomfort and dance their way into changing the whole atmosphere in the pub, to one of complete inclusivity and celebration. In the words of the campaign - they "Slay it”.

With George donating £100,000 in 2021 to Diversity Roles Models to support them to end LGTBQ+ bullying in schools, Impero built on this by partnering with them to feature in the campaign itself. The campaign execution is based on the learning that going home at Christmas is not always easy. 44% of LGBTQ+ people feel like they cannot go home for the holidays as their “true selves” - this sentiment is particularly true for those within the queer community. Empathy, empowerment and confidence are key weapons against this, so Impero wanted to highlight them within the George Christmas campaign.

The TikTok challenge element of the campaign challenges users to strut and reveal their most glamorous Christmas outfits, whilst showing some big, positive attitude and killer poses. It invites participants to explore their femininity through clothes and to be celebrated not judged for it. This sense of joy is spread throughout all campaign touchpoints; from big, bold and confident OOH executions, through to 6” paid social cut downs, featuring influencers strutting and posing in their all-glittering, George Christmas party wear.

This latest launch follows the viral success of George at Asda’s Back to School Campaign last summer, created by Impero, which garnered over 21million TikTok likes and generated over 13k unique user videos created using the Drill music track.

Claudia Solano, head of creative at George, says: “After the last 18 months we knew a lot of brands would be portraying the perfect family gathering, but for some of our customers Christmas time can be overwhelming and that’s why we thought it was important to celebrate the festive period in a totally inclusive way – letting our customers feel empowered to show up at the table as the very best version of themselves.”

Emily Winterbourne, managing director of Impero, says: “It was of paramount importance to stay authentic to the scene: to celebrate it and bring it to a wider audience, so we worked with people who were part of, or supporters of the scene. The director, producer, choreographer, the lead and supporting dancers, the musician and more. All were fully bought into the story right from the start. Hopefully we’ve created something genuinely impactful and truly joyful as a result.”

Adam McCann, chief executive at Diversity Role Models, says: “Almost half of LGBTQ+ people still feel they cannot bring their authentic selves’ home for the holidays. In schools, only 20% of secondary students learn about LGBTQ+ identities and homophobic, biphobic and transphobic bullying. There remains a huge opportunity to encourage young people to celebrate difference and include everyone, to avoid the psychological effects from bullying and isolation. We’re proud to partner on this campaign because it puts joy at the heart of embracing who you are and encourages everyone to be themselves.”