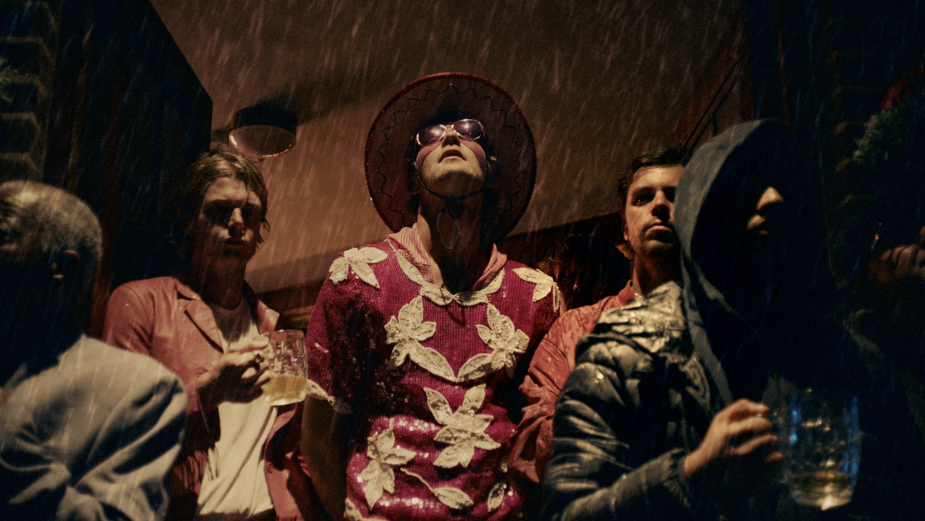 Maxim Kelly has teamed up with enigmatic South London band Tiña, to create a visually stunning one-take video for their single Closest Shave.

Closest Shave is taken from their debut album Positive Mental Health Music which was released in late 2020 via tastemaker label Speedy Wunderground to vast critical acclaim and saw the band earn plaudits from an array of international press as well as landing on the BBC Music A-List.

Frontman Joshua Loftin describes the track as being about “being very anxious, to the point you go to the moon”. Delivered with Tiña’s intoxicating blend of surrealism, humour and uplift, with lyrics describing the world as “nervous like a big dinner plate”, and all the band members howling like wolves after the line “dark side of the moon”. Going on to speak about the video Loftin says, “Men need to hold other men more often.”

The video is the band’s most cinematic visual to date and the dreamlike one-take is centred around a father and son having a “heart to heart” in the pub, and actually features Loftin’s father, Rufus.

Speaking about the concept and directing the video, Maxim states: “The concept revolves around Josh having a heart to heart with his father. We were lucky enough to have Josh’s actual dad, Rufus, come down and join the shoot. And I must add turning in a stellar performance. Everyone says what an ordeal it is to do a ‘one-take’ video, so we gave it a go! Determining that the best thing to do, would be to have everyone legging it behind camera as we advanced past them. Instead of doing it “properly” with motion control and complicated equipment.

It was a genuine pleasure to work with Tiña who made it an entertaining shoot and I want to acknowledge the entire team around me who went above and beyond to make it happen.”