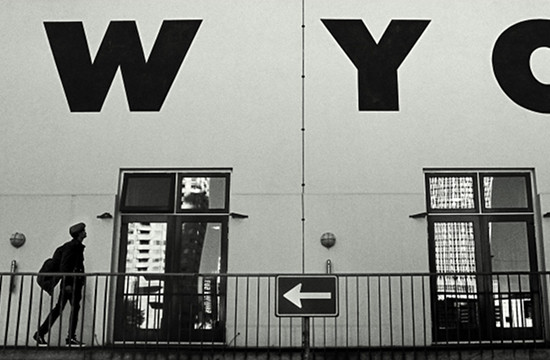 Handcrafted in the Netherlands, the design - a black, all-leather, couture-style watch - deserved just as unique a film to promote it.  Written and directed by Hesdy Lonwijk, the result was titled ‘Times is Rough and Tough like Leather'.  The Ambassadors, led by Stijn Waterman (25), came on-board to give the project a cinematographic style VFX treatment. Colorist Brian Krijgsman was responsible for the grading of the film, adding a gritty black and white look, reminiscent of '70s New York street photography.

The film will be screened at the G-Shock 30th Anniversary event in Berlin on 28th November as part of the wider G-SESSIONS campaign.  The result of a public vote will be announced on the night, with the winning timepiece going from a run of just 10 limited edition products to 200.

Stijn Waterman, Visual Effects Artist, The Ambassadors, commented: “As a personal friend of Hesby Lonwijk, the director, I was brought on board at the start of the process to provide advice and counsel throughout every stage.   The end result looks as slick and sharp as the incredible timepiece it is promoting.

“The coolest thing about the project was hearing that Wu Tang Clan member Raekwon, who provided the tunes, is a huge fan of the watch and has already put in an order for one with the designer.”