Time to Rage Against the Machine? 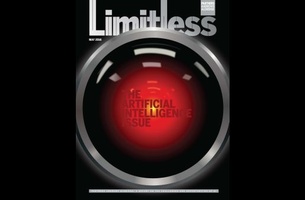 Flick through various newspapers articles on AI and you’ll find some pretty terrifying words of warning on the subject from some of the world’s most knowledgeable and respected figures.

Yes, when Elon Musk reckons that “with artificial intelligence we’re summoning the demon,” you’d be forgiven for being a little bit nervous. And when Stephen Hawking backs that up by stating that AI “could spell the end of the human race,” then you’d think it might be time to break into full-blown panic.

Indeed, a lot of the recent AI talks and experiments we conducted as part of our ReThink sessions at Partners Andrews Aldridge were focused on the dangers and fears of artificial intelligence. If our staff were expecting a celebration of all things robot, they’d have been very much mistaken. The theme of AI simply comes with too many caveats to ever feel fully confident in its future.

So why then, are people investing so much money in artificial intelligence? And not just any old people – we’re talking the world’s largest and smartest organisations, the biggest research and education facilities, and some of the most forward thinking entrepreneurs on the planet (including, ironically, Mr Musk).

Part of the argument is that, like it or not, you’re never going to stop the emergence of AI. So you might as well do what you can to control its trajectory. This is Musk’s view, which is why he’s making all his organisation’s research public. This way there’s at least some sort of effort to regulate the progress being made, “so that we don’t do something very foolish.”

But amidst all the doom-mongering and impressions of robot armies overthrowing the government, the other part of the argument is that AI could actually be incredibly beneficial to so many strands of life.

And we’re not just talking here about the immediate brand and business values that AI can provide and are covered in other articles in this issue.

That’s where AI comes into its own. There are new territories to explore. New planetary atmospheres to discover. For humans, even Mars is impossible to visit. It takes time – a period that we’re not sure the human mind can cope with. It would require food, water and oxygen – luxuries that aren’t currently readily available on the planet. And it would put strain on the human body that would be impossible to survive - be it space radiation, micro gravity or something else entirely.

For artificial intelligence, it’s a fair bit easier than that. And that’s just to explore our second-nearest planet. If we need to go further still, it’s AI that will be safely leading the way.

And indeed contrary to all the ‘robots rise up’ stories, safety could be viewed as a primary long-term benefit of AI. We can dig for fuel in new places, mine in more dangerous and hard-to-reach areas.

We can enter perilous places to save lives. South Korea’s Hoya Robot is already a great example of a machine that’s built to enter burning buildings, withstanding temperatures up to 320 degrees Fahrenheit to transmit image, sound and data to firefighters. As technology progresses, imagine how much more advanced these life-saving robots can be. Why put real lives at risk if a robot can eventually run into a collapsing building and physically carry out those caught up?

Finally, of course, there’s the more cynical side to consider. Some of the scenarios mentioned are ideal for AI because it’s unsafe or even impossible for humans to negotiate themselves. But these – and many other – issues are also better to leave in the hands of AI because they’d do it cheaper, quicker and with less fuss.

The beauty of AI is the constant it offers. It’ll work for days, weeks, months on end. It won’t complain or demand better wages. Mundane tasks are not seen as such. It won’t get sick (although may require maintenance, which is where humans can still come in handy), and if it does eventually burn out or break, you can toss it away and replace it with another one.

Sound inhumane? Yes, but that’s the point. There’s no emotion involved. Which makes tasks where emotion is seen as having a detrimental effect on performance much more palatable.

Of course, we’re well on the way with this already. There are currently more than a million working robots in the world. Many are used to sort through landfill sites, or work in assembly lines. A whopping 80% of all car production is now completed by machines. Robots like ‘Baxter’ have been created to work safely alongside people in factories, and are able to be programmed with new skills in less than half an hour.

In the long-term these offerings will only improve. Things will become even more efficient. It’ll mean humans will be required for different jobs than the ones they currently do now, but surely that’s what progress is all about?

And whilst there are of course plenty of issues that do need to be addressed with AI – Hawking, Musk and Gates aren’t going to be twitchy about an issue for no reason – the benefits on offer in the mean time can be huge.