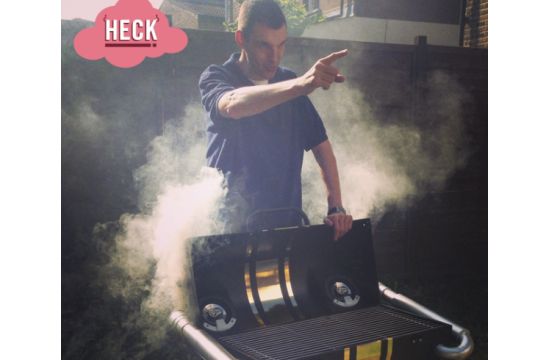 HECK and Hip Hop legend Tim Westwood are channelling their inner pimps in a tongue-in-cheek series of online videos. The campaign has been created by Partners Andrews Aldridge to coincide with National BBQ Week next week.

The ‘Pimp that BBQ’ campaign is a series of entertaining short films through Vine, Instagram and Youtube. In the videos, Westwood parodies the hit MTV series ‘Pimp My Ride’. The HipHop radio DJ is filmed on the hunt for the nation’s saddest excuse for a BBQ, with a mission to pimp-it up, transforming it into a blinged up, gangster BBQ fit for National BBQ week and beyond.

A social competition will form the base of the campaign, as Westwood encourages people to snap, tag and post photos of their own BBQ using the hashtag #WhatTheHeck. People who enter the competition will be in with the chance of winning a £3.5k King of BBQs.

The campaign will be supported by spend on Twitter and Facebook and seeded across the Viral Ad Network.

Jamie Keeble, company founder at HECK said: “At HECK we do damn good sausages, and Westwood is renowned as a damn good DJ. So it made perfect sense to combine forces through Partners and create a campaign that turned one of the worst BBQ’s we’d ever seen into a BBQ with grillz any pimp would be jealous of.”

Paul Vallois, managing partner at Partners said: “HECK is a relatively young brand, so it needed a campaign that would start to convey its irreverent attitude. Taking advantage of National BBQ Week and with tongue firmly in cheek, we enlisted the help of Westwood start to build a social presence.” 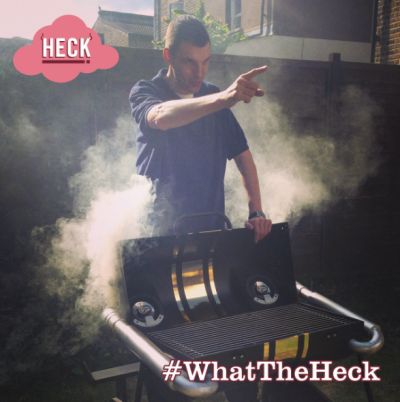