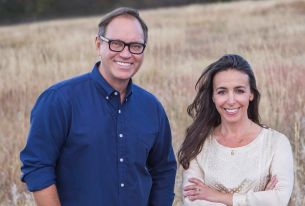 Tim Roper, a 20-year agency vet (15 of those as writer-ECD at Crispin Porter + Bogusky) and former roster director at Partizan Entertainment has launched F. Yeah & Associates, an independent creative development-production hybrid that is home to writers, directors and—most prominently—writer-directors.

“We’ve taken those entertainment industry models of writer-director and showrunner and are applying very specific talent to them in branded content with a leaner, nimbler, no-compromise kind of approach”, said Roper who has both written and directed work recognised in every major award show including an Emmy nomination for Hulu and a sweep of virtually every industry competition for Volkswagen’s “Safe Happens.”

His work for VW, Hulu, method, Burger King, Sprite, Microsoft and Truth has also earned accolades at Cannes, The One Show, LIAA, D+AD and made numerous Super Bowl and Oscar appearances in recent years. Since 2012, Roper has been one of the few functioning, road-tested hyphenates in branded content offering both writer and director competencies to whatever project he takes on.

“There has never been a greater demand for content creators who can wear more than one hat. So, it just makes sense to put all your weapons in one arsenal,” Roper added.

Additionally, a “floating roster” of four uniquely capable writer-directors (“associates”) will help Roper and Effress take on both client-direct and agency-partner projects worldwide.

“As our industry works harder and harder to emulate the pop culture resonance of our cousins in entertainment, we’re excited to apply the wisdom of their process, as well,” said Lisa Effress.

F. Yeah & Associates will operate out of offices in Boulder, Colorado, and Santa Monica, California. For more information, visit f-yeah.co.