Tim Lefroy to Leave the Advertising Association by End of 2016

Lefroy to depart from the association after seven years 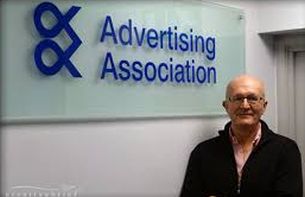 The Advertising Association has announced today that CEO Tim Lefroy will leave at the end of 2016.

AA Chairman, James Murphy said: "The AA has grown in both strength and influence and Tim's are big shoes for us to fill. The search for a successor is already under way and we are announcing this today to ensure the widest possible search."

Tim Lefroy said: "It's a unique privilege to serve advertising in the AA role and seven years is the right tenure. We have a great team and the support of the AA's volunteer leaders has helped keep UK advertising and its reputation amongst the best in the world. The next six months' priority for me will be successful baton change."

Lefroy joined the AA in May 2009, having previously spent thirty years in client-side and agency roles with Cadbury's, Gillette & McCann Erickson. He was CEO of agencies Yellowhammer and Young & Rubicam before founding Radical, the change and transformation consultancy.  He is a trustee of Hammersmith's Riverside Studios and is expected to develop his portfolio of appointments.