JWT Canada gets creative with the beans 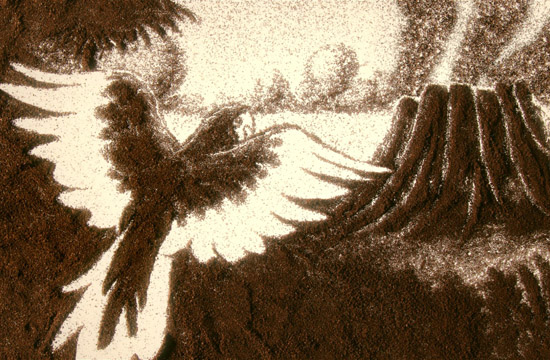 Despite the fact that Tim Hortons has nearly 80% share of all takeout coffee in Canada, many people don't realize the care and craftsmanship that goes into every cup of Tim Hortons coffee.  In the latest from the company, a new campaign by JWT Canada was designed to change that. Behind every Tim Hortons blend is a unique process that involves an onsite roasting facility and professional coffee masters. The story of how it all comes together is beautifully told in a :60  stop-motion animation using actual coffee beans and grounds, all shot over the course of a 17 day period.

The campaign is rounded out by digital and social components that include a "Making Of" video debuting this week on the company's Facebook page and website, as well as an open invitation for consumers and fans to create pictures of themselves using coffee grounds, in a nod to the stylings of the TVC (http://www.timhortons.com/ca/en/menu/coffee-beverages.html).