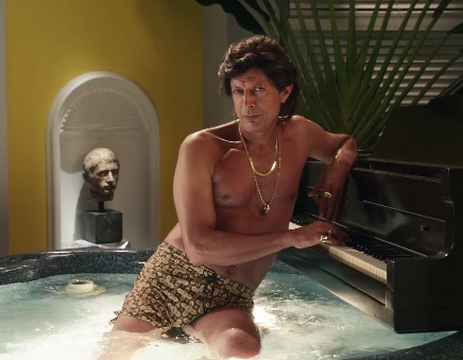 BBDO New York has launched its most recent ad for GE starring Jurassic Park star and film legend Jeff Goldblum. The film was directed by the dynamic duo of Tim Heidecker and Eric Wareheim, aka Tim & Eric of Adult Swim fame.

The ad takes the form of an exaggerated infomercial and stars actor Jeff Goldblum.  In the spot, Goldblum plays an over-the-top celebrity type who owes all of his success to great lighting – the GE Link bulb that enables anyone to remotely control their lighting from anywhere, anytime using just a smartphone and the Wink hub and app.

The infomercial touts the many benefits of the GE Link bulb, including its affordability, easy installation and seamless controls from the Wink app, and of course—the beautiful lighting it surrounds you with.  In the words of Jeff Goldblum’s character, “Now you can kiss your horribly-lit, non-successful life, goodbye!”