TikTok Talent Takes TV by Storm with Biggest Ever Campaign 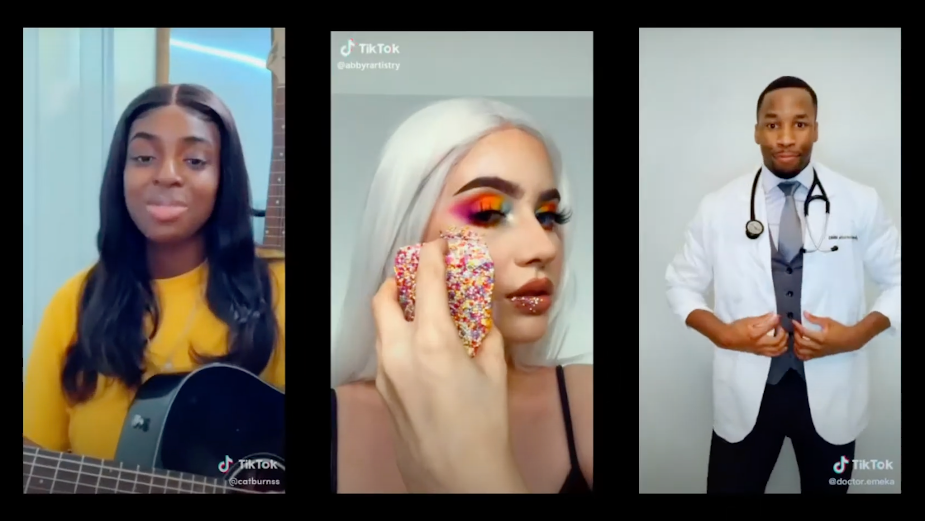 TikTok has launched its biggest UK ad campaign yet, celebrating its creators by putting emerging talent right at the heart of its brand, in a big way.

Launched just days after TikTok's European Creator Fund, 'it starts on TikTok' celebrates talent that was born on the platform - from @cheethamswithdreams, raising awareness about cerebral palsy, through to @doctor.emeka, a doctor and Nigerian Prince who creates videos about interesting medical facts and health advice, among many talented creators.

The campaign consists of a series of videos and promotional assets that celebrate all that's uniquely TikTok, the creative will bring together trends, stories, songs, conversations that are started by our community and go on to explode in popularity, delivering cultural and social impact both on and off-platform.

Over the course of six weeks, TikTok will be placing its creators and their creative work under a national spotlight, including:

This is a sizeable investment, TikTok’s biggest yet in the UK for any campaign, and its way of thanking its community for making TikTok a joyful entertainment destination it has become today.

"TikTok needed to continue to grow as a brand without losing the magic that’s made it a household name. The new identity is bold, refreshing and ever changing but in a way that doesn’t sacrifice coherency and clarity. Highly dynamic, the system celebrates the unexpected creativity that lives on the platform. The bespoke ‘it starts TikTok’ campaign expression showcases the diversity and vibrancy of creators and the domino effect they have on culture, trends and movements. They are the catalyst for everything that starts on TikTok. Creators are never the same twice, and neither is this design system." said Chris Moody, chief design officer, Wolff Olins.

James Rothwell, head of marketing Europe at TikTok said: “It starts on TikTok is a love letter to our creators in the UK, and we're committed to nurturing an environment where their talent, ideas and creativity can flourish, both on TikTok and beyond. The launch of our Creator Fund was just the first big step, one that we're now taking further with this new campaign. This is truly a celebration of our creative community for making TikTok a ubiquitous part of everyday life, bringing joy, entertainment and humour to millions. We hope this inspires and entertains the next generation of UK creators."