Awards and Events 262 Add to collection 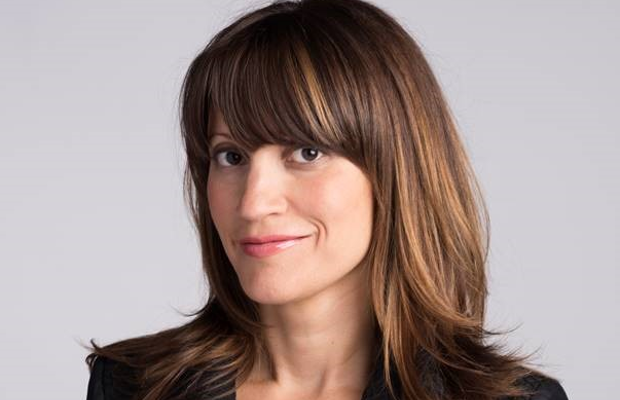 Matt Miller, president and CEO of AICP, has announced that Tiffany Rolfe, EVP and US chief creative officer for R/GA, has been named as the 2020 AICP Next Awards Judging Chair, and as such will serve as Master of Ceremonies at the AICP Next Awards presentation this June during AICP Week in New York.

Tiffany has a long history with the Next Awards, having most recently served as the Jury President for Innovation for the 2019 Next Awards. “Judging work that must live up to the idea of what’s ‘Next’ is always inspiring, so I was thrilled when asked to serve as Judging Chair for 2020,” she said. “Competitions that recognise where our industry is heading serve as important guideposts for both clients and agencies, and the Next Awards, by definition, has been playing such a role since its inception. I’m looking forward to discovering trends and innovations as the Jury Presidents and I identify the standout examples of work in each category.”

“We’re delighted to have Tiffany serve as Next Awards Judging Chair for 2020,” says Matt. “Her career trajectory reflects what the Next Awards are all about: she’s been on the forefront of creating work that pushes boundaries and finds new ways to connect brand communications with consumers. She’s a creative leader whose influence, judgement and experience has benefited her clients and will benefit all who are involved with the Next Awards this year, from our juries to those who enter to those who attend our Next Awards presentations.”

As EVP, US chief creative officer, Tiffany lead’s R/GA’s creative vision across the agency’s six US offices. She oversees storytelling and systemic creatives that are charged with defining what’s next for brands across their entire customer experience and marketing and brings over 20 years of design and creative experience to her position. Prior to R/GA she spent over six years at Co:Collective as partner and chief content officer. There she helped develop new brands such as the Puma/Jay-Z basketball partnership. She oversaw the re-branding and experience development for both MoMA and the ACLU. She also oversaw the global YouTube Stars campaign that catapulted YouTubers to fame. Before Co:Collective she spent a decade creating culture-changing work at CP+B, where she was VP, executive creative director and led accounts such as MINI, Truth, VW, American Express OPEN, Burger King and Old Navy.

The 2020 AICP Next Awards are now accepting entries. Entrants can utilise a single entry portal to enter the Next Awards, as well as AICP’s additional competitions that encompass the full spectrum of advertising and brand communication in the moving image: The AICP Show: The Art & Technique of the Commercial (which is now accepting entries globally, bringing it in line with the other shows), and the AICP Post Awards. For details on rules, eligibility and fees for each competition, visit the entry portal here. The deadline for submitting entries is 11:59 pm PST on Friday, February 14th, 2020.

The Brand Excellence, Creative Data, Extended Reality and Real Time Engagement categories are new for 2020. Brand Excellence will recognise a brand’s yearlong body of work utilising platforms honoured in the Next Awards’ categories. Creative Data recognises brand-based messages where data or data-driven methods were a critical component of the creative execution and/or delivery, such as interactivity or personilastion. Extended Reality is the new category heading for work that falls under the disciplines of AR, VR, MR and 360 video. And Real Time Engagement recognises work utilising a platform to participate in real time events in a way that inserts the brand voice into an ongoing current event, happening or dialogue.

The AICP Next Awards Jury Presidents & Curators at Large

Also new this year is AICP’s partnership with Source Creative. Source subscribers can take advantage of the new One-Click entry system, which enables them to upload their work and credits for entries in one easy step.

The AICP Next Awards is one of the tent-pole events of AICP Week, which also includes the AICP Show: The Art & Technique of the Commercial, as well as AICP Week Base Camp. Base Camp , which runs throughout AICP Week, features thought provoking seminars and exhibitions and serves as the hub for AICP Week attendees.

The work of the AICP Next Awards winners, along with that of the honourees of the AICP Show, The Art & Technique of the Commercial, becomes a part of the archives of The Department of Film at The Museum of Modern Art in New York. The full AICP Show Awards Archive is available here.