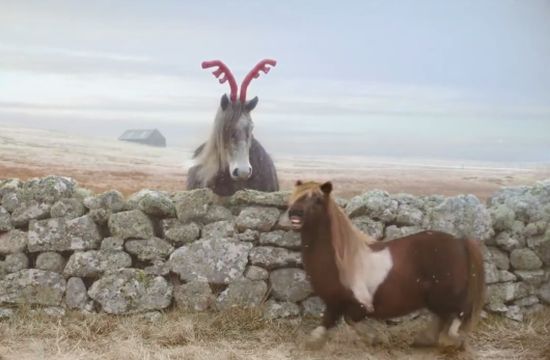 Wieden+Kennedy has brought Socks the moonwalking pony back in a seasonal 60" spot for Three. This time, the Shetland scenery has been given a festive makeover with of a dusting of snow and some subtle Christmasy touches.

The campaign will run on TV, cinema, VOD and rich digital display until 24 December.

They've also launched a twist on the Pony Mixer web app under the new name of the Pony Gifter, hosted at www.theponygifter.com. Users can add a personalised message to a selection of three playful Christmas pony films – accompanied by Christmas tunes from Chris Rea, The Darkness and Shakin’ Stevens – to send to friends and family.