Three Teams Up With Will.i.am in Action-Packed New Campaign to Launch Dial 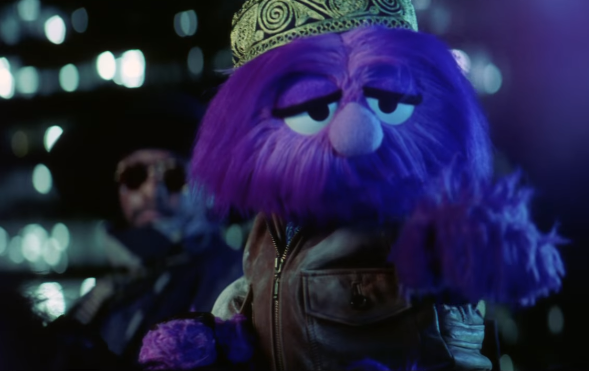 Wieden + Kennedy and Three have teamed up to launch the world’s first voice-operated device, the dial. Will.i.am, whose fashion and technology brand i.am+ developed the dial, appears in the advert alongside Jackson, the much-loved star of Three’s #MakeItRight campaign. The new spot sees the dynamic duo as stylish urban cowboys riding through a dark and dejected city, bringing futuristic energy to the aimless youths who inhabit it.
Time Base Arts were responsible for bringing the action-packed film, directed by Somesuch’s Daniel Wolfe, to life, creating a highly stylised look that reflected the futuristically-charged cityscape for Three.
Briefed with creating a dystopian future with a cosmic twist, Time Based Arts created a number of the spot’s elements, including clouds, CG horses and breaking glass, as well as adding in the light trail effects, building augmentation and the combination of the shot horses.
Tom Johnson at Time Based Arts comments: “The post had to strike a balance between creating a charistmatic, fun spot whilst retaining the product’s aspirational qualities. Rather than making the film look overly polished, Daniel wanted to tip his cap to the film classics from the 80s. The result is both gritty and sumptuous at the same time.”
The biggest challenge in post-production was the design and build of the clouds in CGI. With a delicate blend of sharp and soft features, their beautifully complex nature, coupled with the way in which light interacts with them, makes clouds incredibly costly in term of processing and rendering.

Oscar Gonzalez Diez, CG Lead at Time Based Arts, comments: “To retain total artistic control over the look and animation of the clouds, we radically departed from the traditional workflow of combining layered matte paintings and fractal clouds. Instead, we created a large collection of pre-simulated volume sprites and built an animation rig that would populate sculpted geometry with tens of thousands of sprites. We used this proprietary technique to create the variety of setups you see throughout the commercial; the stormy clouds, various atmospherics and the hero-wide skies.”
Alongside the TVC, Time Based Arts also delivered animated clouds for the in-store screens, a 20k still for vinyl usage on Threestore windows nationwide, and other elements for retail branding.
The commercial aired on 13th May, 2016 to coincide with the release of the dial to Three stores nationwide. 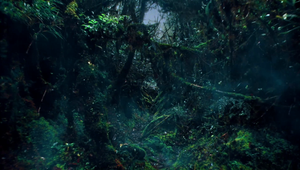 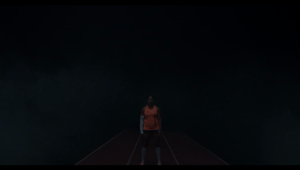