Three Senior Hires at We Are Social 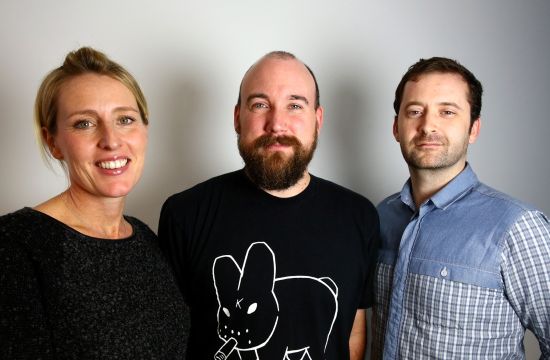 Global social media agency We Are Social has made three new senior hires in its London headquarters, including Lucy Doubleday in the newly created role of operations director.

Lucy was previously business director at Dare for three years, following four years at JWT in the same position. In her three years at Dare, she ran the accounts for Sony UK, Football Association and Reebok.

At JWT she ran the global digital accounts for Rimmel and Tourism Ireland, as well as overseeing activity for Deloitte UK. More recently, she was providing maternity cover for the managing director at digital production company, SpecialMoves.

She has been brought in to focus on the commercial and logistical aspects of the agency, working closely alongside We Are Social’s managing partner, Jim Coleman.

We Are Social has also appointed JWT’s Matt Payne in the new role of head of creative technology, leading a team of eight. Matt spent two years at JWT as head of technology, responsible for delivery of all digital projects across the agency, with clients including Shell, HSBC, Nestle and Johnson & Johnson.

Before JWT, Matt spent four years as a senior developer at Agency Republic. At We Are Social, he will be working to bridge the gap between creative and technology, as well as managing digital content creation across all the agency’s clients.

Nick Hearne has also joined the We Are Social team as senior creative. Nick was previously creative lead at U-Dox, with a client portfolio including adidas Originals, Nissan and Skullcandy. Before U-Dox, Nick was an art director at Blue Hive and Wunderman, and a designer at Cannes Lions.

During his time at U-Dox, he worked alongside We Are Social’s creative directors James Nester and Graham Jenks, formerly of OgilvyOne, on the Cannes award-winning Gnome Experiment campaign for Kern Precision Scales. At We Are Social Nick will work across a number of clients, including Bulmers and Jaguar.

We Are Social now has 380 employees across its eight global offices, with 125 in its London headquarters.

Jim Coleman, managing director at We Are Social, said: “We Are Social has grown quickly since inception, and this year is no different as we transition from a smaller agency to a large, more established one.

“Lucy’s appointment is a direct reflection of this change. She’ll be instrumental in helping the London office run smoothly, working closely with me and other members of the senior team, bringing a wealth of agency-side managerial experience.

“With our creative technology department rapidly expanding and producing some really exciting work, we felt someone of Matt’s calibre would be the perfect fit to lead the team. Likewise, our creative team is producing some amazing work and is increasingly in demand from our growing client base. Nick’s portfolio is outstanding, and his proven creative talent will be a huge asset to We Are Social.”