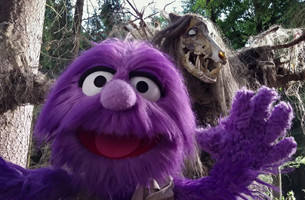 The new ad, which is shaped as a parody review film, is inspired by “The Blair Witch Project” and sees the star of Three’s latest campaign, Jackson, venture into the woods with his best friend Steve, and take on unexpected and spooky surprises in the dead of night equipped only with a brand new LG G4 smartphone.

The ad sees Three and LG taking a new slant on promoting a smartphone, opting to demonstrate the handset’s key features in extreme but entertaining circumstances. Jackson and Steve test the GPS on the way to their campsite, its camera capabilities in the woods, and the bright LCD screen when camping in their tent, all the while being spooked by seriously strange happenings.

Director Matthijs van Heijningen, who has impressive horror credentials having directed the feature length horror flick The Thing, has created the film for Three in association with LG. Alongside his big screen hits, the Danish film-maker has also created a number of other brand campaigns for the likes of Peugeot and Nike.

The Three film goes live today, July 31, with a full directors cut that features on the Three UK YouTube channel. Two 20 second TV spots will air on TV to tease viewers and drive them to check out the full film online and finally a five minute version will show in cinemas from August 1. The campaign is to be supported via social media and PR.

Lianne Norry, director of brand and communication at Three UK, said: “We are always looking at ways we can re-invent the rules at Three. With this film we’ve done something completely new for a mobile network on how to publicise a market-leading handset – while putting a humorous Three spin on it.

“It was great working closely alongside the team at LG and brilliant that they were willing to trust us to take the LG G4 in a completely new direction. We are really excited to see the final result and can’t wait to see the public’s reaction!”