Caviar director takes over Hackney Church for the video showcase 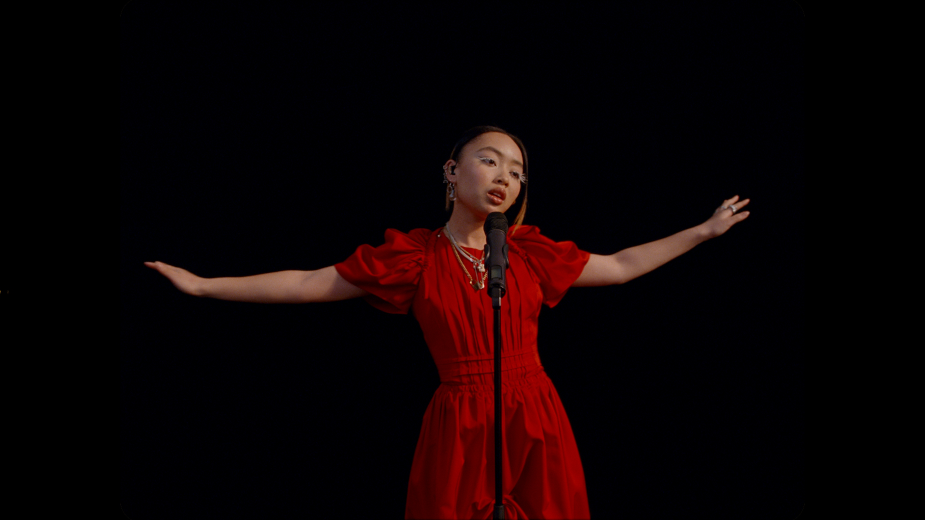 Thomas Ralph has teamed up with Griff, the rising British pop star, to create a visually striking live performance video for her latest single ‘Black Hole’.

An instant dark-pop anthem, lyrically ‘Black Hole’ takes Griff further down the rabbit-hole of modern teenage life in her own, already-distinct style. The track premiered as Annie Mac’s Hottest Record in the World, and here we see Thomas utilise ground breaking technology against a stunning backdrop to showcase the artist, her style & match the lyrics & song in a fresh way.

Thomas adds: “The idea was to keep it simple yet absorbing; capturing the full live energy of Griff and her band in a way that felt more than your standard live session. We used an endless feeling VBx2 infinity wall to reflect the ‘Black Hole’ theme - a visual that was exciting and technically challenging due to its infancy - and a shifting day to night edit across two roughly similar full performances. Doing so allowed Griff and her band to take centre stage whilst their performance is inter-cut between natural daylight and a stylised look as if they’re inside a black hole. The icing on the cake was being the first band to perform and crew to film in the beautifully restored Hackney Church; you could almost smell the new paint. This was one of those rare projects where every turn and challenge the piece evolved for the better; unexpectedly shifting and shaping into something so simple, yet so mesmeric.”

Hailed by Vogue as “Multicultural, multi- hyphenated, and multi-talented... four walls can’t confine this utterly unique teenager”, “A phenomenon... the teenage boss about to take charge of pop” by NME and “Move over Dua Lipa, because Griff is well on her way to becoming the next face of British pop” by Elle, “A fierce and distinctive talent... perfection” by The Sunday Times; and currently A-Listed at Radio 1, the last few weeks alone have seen Griff shortlisted for the prestigious BBC Brit List, perform for MTV Music Meets Fashion Week, and after her perform live at the Tate Modern, 2021 marks Griff’s arrival amongst the big leagues of Pop.