Conceptualised by Law & Kenneth Saatchi & Saatchi India, the ads are produced by Lightbox Films and directed by Rahul Nangia 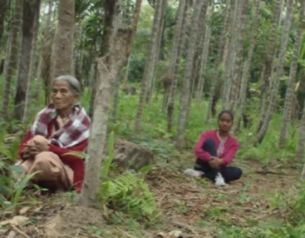 Thomas Cook India has launched a new campaign to promote travelling as a way to breaking cultural barriers.
Unlike typical travel communication, the campaign doesn’t just depend on picturesque imagery to entice the viewer. It challenges ethnic stereotyping and questions our need to label places and its communities. It implores the viewers to travel more and ‘Turn what you know around’.
Focusing on North East of India, the two films feature young people from the region, who eventually invite you to their part of the world, to discover who they really are.
The campaign will run on TV, Radio and Digital platforms and the focus will be on PR to generate conversations about the subject across social platforms.
Speaking about the campaign, Mr. Abraham Alapatt, President & Group Head – Marketing, Service Quality, Financial Services & Innovation, Thomas Cook India said, “Thomas Cook India has always been at the forefront of bringing fresh and exciting new experiences to our customers. However, the North East of India is undiscovered by a large majority. With this campaign our intent is to question the myths about the region and to generate a strong positive interest in the region.”
Speaking about the films, Rahul Nangia, Jt. NCD, Law & Kenneth Saatchi & Saatchi said, “The characters in the film were facing the camera for the first time. The idea was to keep the films real and hard-hitting.  And to use a simple visual device to turn perceptions around.”
view more - Creative