From expletive-ridden art to kinky penguins, we check out this year's festive fun from agencies and production 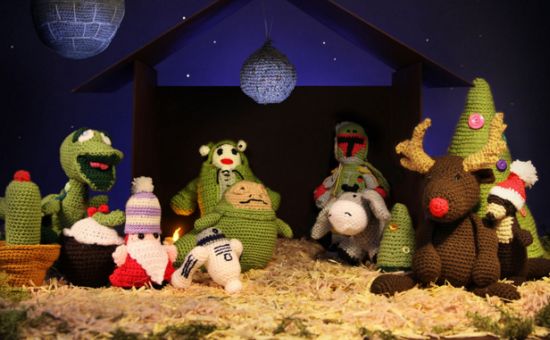 Wunderman concocted a particularly devious moral conundrum to find out if we really deserve a place on Santa’s ‘nice’ list. They froze $4500 dollars in a block of ice last week and let the Twitterati decide whether to keep the money frozen – and donate the money to Badass Brooklyn Animal Rescue – or to melt the ice in order to try and win it for themselves. The freezer temperature rose and fell based on the measurement of two hashtags: #MeltfortheMoney and #FreezeforGood… In the end, the light side won out, with 71% of Tweeters obeying their inner Jiminy Cricket. For a full breakdown check out the data here. 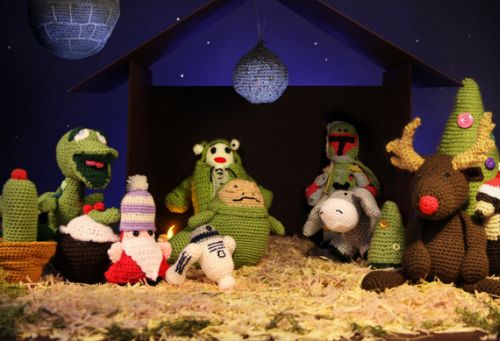 Mary, Joseph and little baby JC make way for an eclectic assortment of woollen wonders in a live knitted nativity scene from Purple Creative and you – yes, you! – get to decide who gets to join the scene next. Frogmen, otters and cacti cosy up in the hay next to Santa and a festive caribou. Have your say by tweeting #PurpleKnitivity and then head over to their JustGiving page – the team are raising money for Great Ormond Street Hospital.

What if Santa… was a woman?

Father Christmas… is a bloke… right? Anomaly Amsterdam has taxed some small people with the head scratcher of a question: what if Santa was a woman? It’s adorable stuff with a serious message about the lack of women in senior roles.

Visualise have created a very on-point Christmas message with their 360 festive video. Find out how virtual reality can turn a lonely Christmas dinner into a crazy party with a tongue-in-cheek experience from the VR specialists. 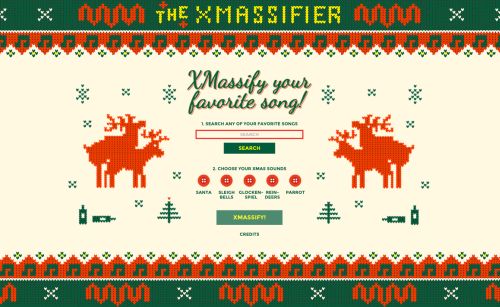 Is your favourite track just not… Christmassy enough? Let Massive Music sprinkle your most beloved songs with jingle bells and reindeers with this snazzy festive website. We tried it with Metallica’s Master of Puppets… it works. Rock on, Santa!

Have Yourself a Very Kinky Christmas

We’ve heard of the cold shoulder, but this is ridiculous! A lovelorn penguin goes to extreme lengths to get some attention from its Christmas crush in this cheeky little number from Framestore.

Who says Christmas has to be gooey and sentimental? Wieden + Kennedy Amsterdam punks things up with an art project that’s all about giving a fuck. Over 60 artists have donated 100 original works of art inspired by the theme of, well, giving a fuck – and they’re available to buy here. Plus you’ll be helping to raise money for Proactiva Open Arms, which will go towards helping refugees in Europe. 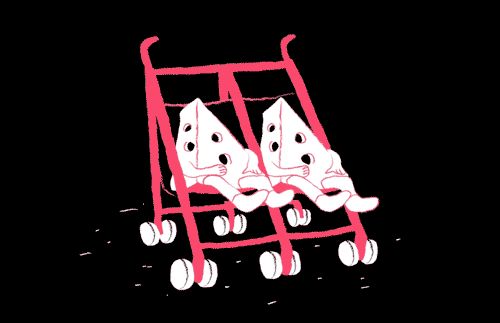 Naked London are busy making sure that the mulled wine and eggnog (and crimbo beers) won’t dull your cognitive faculties too much this festive season. Every day they’re releasing a festive puzzle gif to keep your little grey cells sharp.

Apres Ski at The Mill

If you’re stuck at work this festive season, don’t worry. The Mill have just the thing to fool you into feeling like you’re in Whistler or Mirabel, enjoying the powdery snow. With the help of aptly-named set designer Scarlet Winter, they’ve transformed their London hub into a ski lodge, complete with log cabin walls, cosy fireplaces and snow-tipped vistas... and a selfie bear!

Enter Santa’s sweatshop for an antidote to the onslaught of Christmas consumerism. The animation from Blue Zoo is a catchy little number that takes a swipe at everything from Elsa from Frozen to Minions and selfie sticks.

Slob Out with Seed

This seasonal short from Seed Animation Studio is… uncomfortably familiar. If you don’t recognise yourself in the dozy and slightly sloshed hero then you’ve got more self-control than we have!

Studio glide through a winter wonderland with a mesmerising Christmas card they’ve created to encourage donations to the Children’s Health Fund.

Gorilla Editors have leaped back in time with this pleasingly retro and seasonally silly VHS flashback.

…and then there’s this….

Zulu Alpha Kilo's uhhh, ‘Jingle Butts’ video.  We… we still don’t know what to make of it.