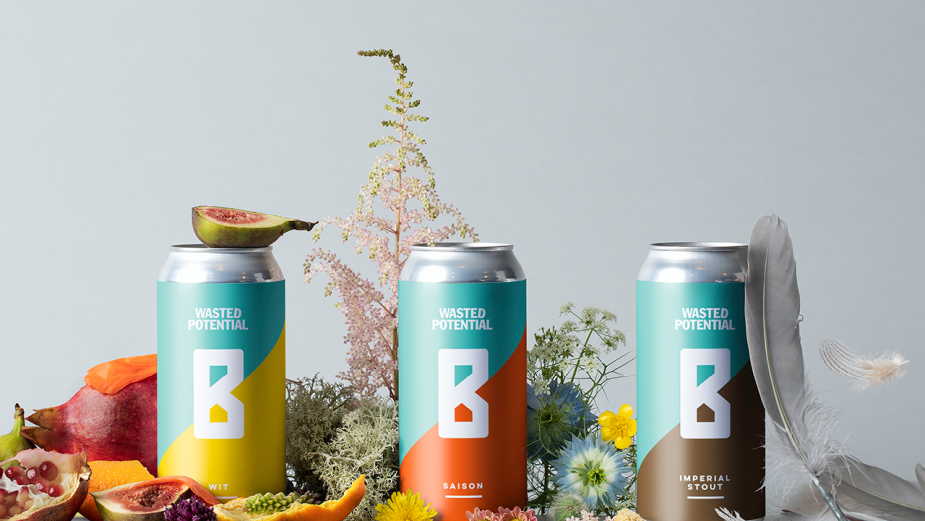 This summer Finns can drink beer brewed with wild herbs, food waste and even goose poop. The new beers by a local microbrewery Ant Brew celebrate their hometown’s turn as European Green Capital and promote an important message of a wasteless circular economy. The Wasted Potential beer series has already gained attention both in Finland and abroad.

The Finnish city of Lahti is known for their pioneering environmental action, and for their open-minded co-operation with locals. Now the European Green Capital 2021 joins forces with the local microbrewery Ant Brew by crafting a new beer series. The Wasted Potential beers are brewed with wild herbs, local food waste, like bread, berries, and fruits – and even goose droppings.

The poop is used in a food-safe way to smoke malt to create a unique stout beer. The goose droppings are gathered from local parks, where geese are causing a messy problem. Now, the local parks get cleaner and the special edition summer beverages are perfect for a picnic in the park – a true two birds with one stone type of solution.

The beers showcase circular economy by showing that all kinds of waste can be utilized. City of Lahti aims to be a completely wasteless circular economy city by 2050, and at the moment 99% of the city’s household waste is already repurposed.

A taste of potential that was not wasted

"A sustainable future demands effective use of resources and innovative ways of recycling. Lahti has several well-known breweries, so what would be a better way to celebrate our environment this summer than locally brewed beers," says Saara Piispanen, head of communications of Lahti European Green Capital.

"This series of beers is our way to create important discussions about food waste, utilization of waste, urban farming, and local and wild food among beer enthusiasts. Working with the Lahti Green Capital has been great. We are constantly developing ways to utilize new ingredients in brewing and are not afraid to think outside of the box," says Ant Brew’s Kari Puttonen.

The creative partner behind the idea is TBWA\Helsinki.

"Instead of making a traditional ad campaign to talk about the city of Lahti as a forerunner in circular economy, we wanted to shake things up a bit. Lahti is known for its many breweries, so what better way to communicate this important theme than through a series of beers. We see modern marketing as concrete actions that bring joy to people, and this is another good example of it," says Tuomas Karvonen, creative content strategist from TBWA\Helsinki.