Awards and Events 643 Add to collection 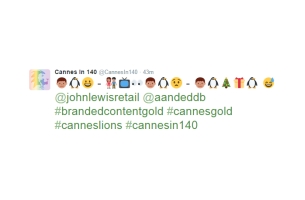 J. Walter Thompson London has created a Twitter site called @cannesin140 which delivers a 140 character description of every Cannes Lion Gold winning Campaign - then follows that with an Emoji version of that Tweet.

The account gives people a simple and fun way of seeing which campaigns have won Gold awards, as well as getting an “at-a-glance” breakdown of what the campaign was.

The Emoji version then adds sharability and interactivity while also celebrating the fun and creativity of the festival in a modern medium.

Toby Chiswick, Social Media Director at J.Walter Thompson, said: “With @Cannesin140 we wanted to deliver something helpful but that also celebrated the great work on show and captured the fun of this utterly unique event.

“Whether you love them or not Emojis are ubiquitous at the moment and a new and interesting communications medium, so where better to give them a real outing than at Cannes?” 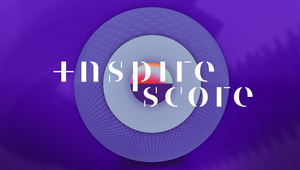 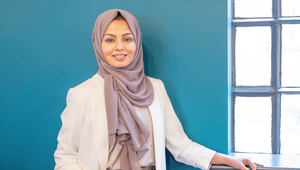