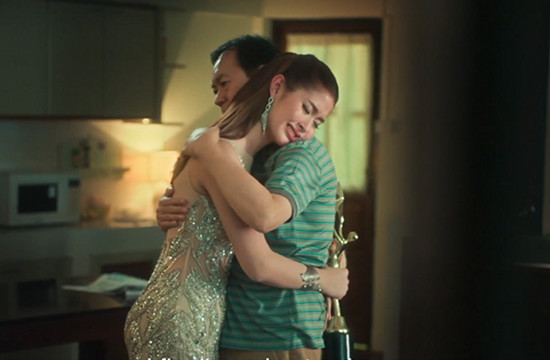 The story of Rock Kwanlada, a young trans woman, has ignited a wave of support and conversation around trans acceptance in Thailand. Why? A moving film for Sunsilk Shampoo, created by J. Walter Thompson Bangkok. While the film has received rave reviews in the country, it hasn’t necessarily been seen in other parts of the world yet. But with Cannes Lions mere days away, we reckon this heartfelt film might prove to be an unexpected contender.
And what’s also worth knowing is that the team that worked on the spot included two trans people, who were crucial in ensuring that the film was truly authentic and spoke truth – a great example of diversity within agencies improving a creative product.
LBB’s Laura Swinton caught up with J. Walter Thompson Bangkok CCO João Braga to find out more.
LBB> What was the initial brief from the client?
JB> Sunsilk’s belief is that every girl should be able to explore the world freely with the hair by her side. So, we had to build on that to communicate the launch of their long hair variant.
LBB> And how did the idea to explore a transgender person's relationship with their hair come about?
JB> We wanted to go beyond the ‘girl power’ approach, and saw an opportunity to spark a conversation that would involve not only Thai girls but also their trans friends. We did our research and confirmed what we intuitively guessed: every inch of hair is an important milestone in every trans’ journey to womanhood. At that point we knew we had a gem in our hands, and an opportunity to bring the launch of the variant into a super relevant discussion.
LBB> How did you come across Rock Kwanlada's story?
JB> We did an extensive casting with over 50 trans girls in Thailand, and listened to many beautiful and powerful stories. Ultimately, we felt Rock’s was the one we wanted to tell.
LBB> As far as I'm aware (and I may be totally incorrect!) but it seems like Thai culture is a bit more progressive than some when it comes to questions of transgenderism. Can you give me a little bit of background context?
JB> True. Transgenders have come a long way in Thai society and have gained the love and acceptance of their girlfriends, but unfortunately the same cannot be said of their families. It’s still one of those subjects most families would avoid, forcing kids to lead an increasingly painful double life. On top of that, trans people are still very stereotyped in mass media and boxed into very narrow professional choices.
LBB> I understand the response to the spot locally has been overwhelming... can you tell me when the spot initially aired, and what the reaction was like from the public?
JB> It really spread like fire on social media. We initially posted it on the brand’s social media page and, without paid media, it gathered 2.5 million organic views and 25,000 shares within the first 48 hours. The comments ranged from “Can you please tag mom and dad?” to “If the advertising industry is open for this already, why aren’t we?” and “If you’re scared your son may become a daughter, watch this and change your mind”. Very, very positive response.
LBB> And how did Rock and her father respond when they first saw the film?
JB> Rock was very emotional and received overwhelming support and praise on her social media.
LBB> Creatively, I imagine one of the challenges would be to tell the story with nuance and authenticity and sensitivity - how did the creative team make sure they got the tone just right?
JB> Well, this was a very long process and involved lots of people from multiple offices, including Bangkok and Jakarta. We were very happy to count with two trans creatives within JWT in the development of the idea, which made it an even more incredible experience overall and kept us very true to the real insights and ensured we reached the right tone.
LBB> Is the film entered in Cannes - if so, what categories?
JB> Yes, we did enter it in a few categories, from Film to Gender Equality, Craft and Social Videos. I hope it can carry the right emotions into the jury room as well.
view more - Creative