With a lack in female director nominations at the Oscars, GiveHerABreak gives recognition to those during the breaks 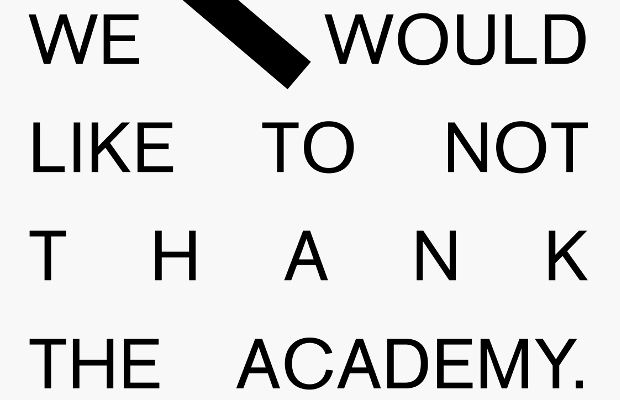 In 92 years of The Academy Awards, only five women have been nominated for Best Director. Only one has ever won an Oscar. And even though it's 2020, and more women have made critically-acclaimed films than ever before, they're still not getting their break in the Oscars.

The genius of the technology is that it doesn't illegally re-broadcast the award show, but acts as a channel switching service for the viewer. You still log in with your cable / ABC credentials, and watch the Oscars like you would. When the ads come on, the website switches the channel from the broadcast and instead plays YouTube trailers of incredible films made by women in the past year that belong on the big stage. When the Oscars come back, the site switches the channel back to ABC so you can enjoy the show. GiveHerABreak doesn't own or broadcast any of the content, but rather acts like a channel switcher on your behalf.

GiveHerABreak was founded by advertising industry, creative vet, Mo Said, whose notorious agency Mojo Supermarket is behind the campaign. "Even though we'd usually be making the ads during the Oscars, this issue is much bigger than us." said Mo, recently named by Forbes on their 30 Under 30 list. "There's millions of women who create incredible films, but just don't get the same break by this misogynistic industry. We wanted to fix that."

Mojo Supermarket is one of the few successful ad agencies that is 50% women and 50% immigrant in an industry that's riddled with its diversity issues of its own.

"92 years of The Academy Awards and only five women have ever been nominated for best director...it's stupid." said Emily Berger, a senior creative on the project. "Since they're getting shut out of the show, we wanted to find a way to put them in the breaks. Either way, they're getting in the Oscars!" 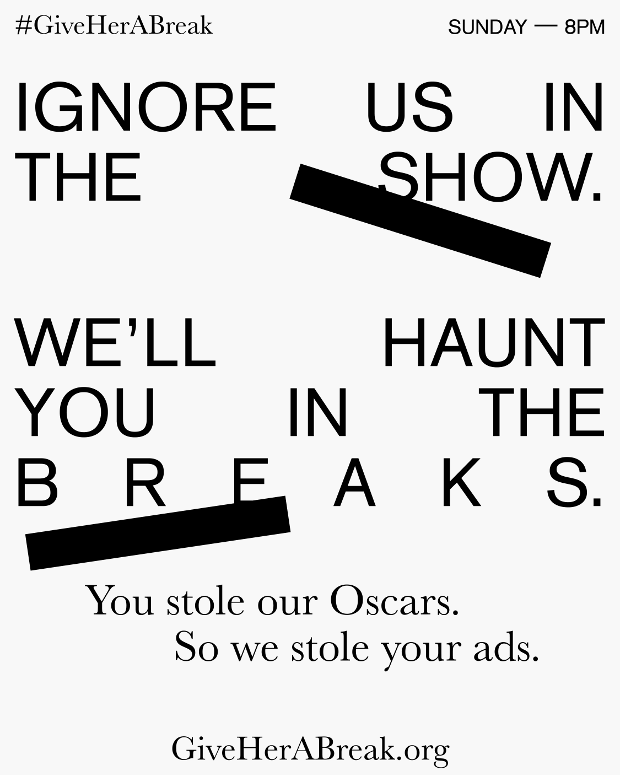 The campaign for the project is rebelliously pointed towards The Academy. One headline reads ‘Ignore us in the show, we'll haunt you in the breaks.’ while another reads ‘We would like to not thank The Academy’ poking fun at acceptance speeches. Every piece of communication is signed off with ‘You stole our Oscars. So we stole your ads.’

"This Sunday, millions of people across the country will finally have a choice—watch the movies a select group handpicked for you. Or actually watch the best films of the year. We've never had that choice before" said Mo.