The Last Stand’s Gundeep Anand on football, film and firing up London’s communities 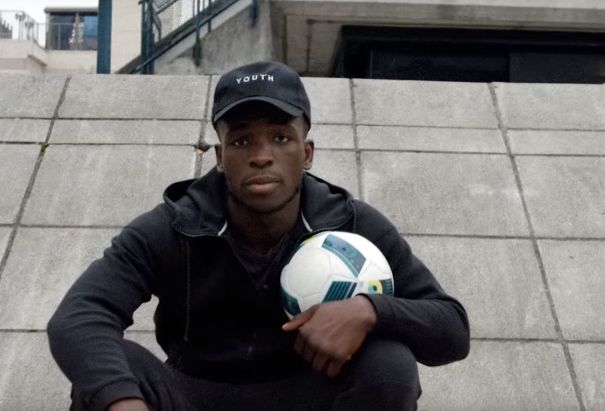 Six teams of six people. Lots of football. A cheeky Nando’s for the winner… a Chicken Cottage for the loser. The Last Stand is a football tournament with a difference, one created to inspire the disaffected youth in communities around London and to show that anyone can make things happen.

It’s the brainchild of director and photographer Gundeep Anand, an infectiously passionate man, who was growing frustrated with the prevailing attitude of apathy and disempowerment among the communities in West London, where he grew up. He figured the way to tackle it was to start something – anything. By bringing the community along for the ride, they could see that any ordinary person could make a difference and create opportunities.

“I spent a lot of time in Shepherd’s Bush and Ladbroke Grove because I’m from West London. The kids over there don’t believe they can do a lot with their life, they don’t think they can achieve much. If you show them something amazing they’ll love it, but if you ask them, ‘can you do it?’, they’ll say ‘not me’,” he says. “My thing has always been, ‘why not you?’ They believe that someone from outside has to come and do it and their imagination is really limited. The whole thing is to show them, ‘this is something I had in my mind and I did it’. To show that they can do it.”

In one of Gundeep’s many past lives (he’s been an engineering student and a creative at Publicis London), he coached futsal, a Brazilian variant of soccer. It made sense to build something around the beautiful game, one of London’s great social glues, and so The Last Stand was born.

The Last Stand Kicks Off

The tournament came together last Autumn, though Gundeep and the production crew hit a snag that could have been disastrous. The venue, a local sports centre, had been booked until 10pm but…

“…the council shut the lights at 9!” exclaims Gundeep. “The people who were helping us produce it asked if we wanted them to call the council, my brain was like, ‘I don’t know what to do. It’s a Friday evening at 9, who are you going to call at the council?’ I was apologising to everyone, I didn’t mean for that to happen. But on the other side, the boys were like ‘bro this is sick, whatever happens, this is sick. We need a part two to settle this’.

So although things may not have gone smoothly, the event was a hit with the players and fans alike. And it gave the team extra motivation to ensure that The Last Stand came back. The next tournament is on June 15th, in a yet-to-be-announced location in East London, and Gundeep hopes that it will become a regular, twice-yearly event.

This time round, the tournament will feature three returning teams and three from open trials. The story of The Last Stand has spread so far that they even had people from Denmark attending the open trials.

On top of the tournament itself, Gundeep has been working with Rattling Stick, The Mill and editor Remi Aaron to build hype through online content.

With Gundeep’s background as a creative, the flair and fun of the online content surrounding The Last Stand is perhaps unsurprising. But what’s interesting is that the films have taken on a life of their own and have become an integral part of the movement’s success. Each team gets its own promo video that turns the players into stars in their community, and gets their wider network of friends pumped up for the big competition. From the goth-y grime of 24 LDN FC to the Latin grit of Pure Fuego, the videos are a chance for teams to showcase their style and skill. And with the likes of Hidden Talent, they’re also a platform for the teams’ other… hidden talents… such as music production and rapping.

“The reason we have to do these things is that we’re not a brand that can just say ‘tomorrow we’re having an event’ and 20,000 people will turn up,” explains Gundeep, who says the videos have also been integral to gaining trust and building camaraderie.

“These guys are just normal guys and we’re putting them in the spotlight, making them community champions. The thing behind it, without the films they don’t get excited. So many people come into those communities with false promises and fake hope, so you have to prove yourself and earn your right to get involved. That’s why we had to go that extra mile,” he continues. “Imagine you’re 19 and no one cares about you and suddenly someone wants to make a film about you.”

And, even more exciting for the players has been seeing their heroes celebrate them on social media. Didier Drogba even appears in a cameo in one of the videos and, more recently, Ashley Cole gave The Last Stand an online shout out.

The experience has also become a way for the players to gain exposures to the production and creative community. Working with editors, DOPs and Gundeep in the directing chair has opened up a dialogue between two worlds. The self-belief the project has nurtured is palpable and has spurred the players on to initiate their own projects, such as making films and creating clothes brands. “Ultimately The dream is for The Last Stand to be a platform to showcase and nurture talent, not just on the screen but behind the screen, so directors, editors, musicians, writers, filmmakers. And on screen is the talent, the boys. So many opportunities have come up for them.”

While Gundeep’s been working with companies like Rattling Stick and the Mill, to help produce the content films that give the project life beyond the pitch, and has teamed up with LADBible as media partner, he’s been thoughtful about the partnerships he forms in order to make The Last Stand happen. The genuine power of a grassroots movement is what makes the project all the more inspirational.

“If your own friend does something it’s more impactful than if a big brand does it, it’s easier to relate to. Because I grew up with it, it’s easier for them to think ‘Gundeep’s my guy, he did it’,” he says.

As the Last Stand has grown, so too has its meaning. “As we started growing this thing, we realised we had teams from different parts of London, different ethnicities, different cultures and I realised if it wasn’t for the tournament none of these boys would ever get together,” says Gundeep. “Right now, London is so segregated. Africans are together, the Indians are together, the blacks, the whites, the Chinese. I believe that when you break down these barriers you’re creating unity, and with unity so much is possible.”

Filmmaker George Messa, who has been working with Gundeep agrees. “Especially given the current climate and everything that’s going on it’s an opportunity for people to meet over the thing they love and go back to the reason why they love football. I think that’s the amazing thing football does, especially in London. Sport is an amazing way of showing people what they can do and who they can be.”

For the Love of Football

But, ultimately, what The Last Stand boils down to is a passion project driven by the love of football. It’s been powered by pure belief. By taking the beautiful game to the streets and back to basics it’s inspired even the most jaded to re-discover the joy of football.

“One boy used to play professional football for Tottenham and he said to me that being involved in the last stand has made him love football again. For me to hear that means a lot,” reflects Gundeep.

“Even the DP who helped shoot it went to Sports Direct to get some shoes so he could start playing football! It’s like, woah, everyone’s getting involved!”