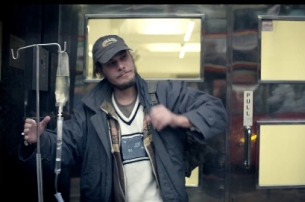 Publicis Chemistry, the brand activation agency, has launched a 60 second film for St Mungo’s Broadway, the charity that helps people recover from the issues that cause homelessness.

The film is called ‘Homeless Health Matters’ after the campaign of the same name which the charity has just launched. This asks for urgent action to tackle the ill health of homeless people across the country.

The agency has created a one minute online film, which follows a day in the life of George, who has experienced homelessness himself. In the film, the agency signified that he clearly has healthcare problems by having him walk around with a drip through the day. As the film plays out, George walks past healthcare services that are part of everyday life but where access can be much more problematic for people who are homeless.

Jennean Alkadiri, Campaigns Manager at St Mungo’s Broadway, said: “Since 2010 there has been a 37% increase in people sleeping rough nationally. People who are homeless have very poor physical and mental health, and can find it very difficult to access healthcare for treatment. The film really does get across what we wanted – to raise awareness of the health problems that people who are homeless can face, from the physical problems of sleeping in the cold and wet, to lack of social contact, nutrition and basic access to healthcare.

“Our Homeless Health Matters campaign asks people to show they care and urge their local Health and Wellbeing Boards to sign the Homeless Health Charter so we can improve healthcare for homeless people.”

David Prideaux, ECD at Publicis Chemistry, commented: “The NHS is great, but homeless people with complicated needs, can easily slip through the net as St Mungo's Broadway knows only too well. They are trying to do something about this issue and we’re delighted to be able to help."