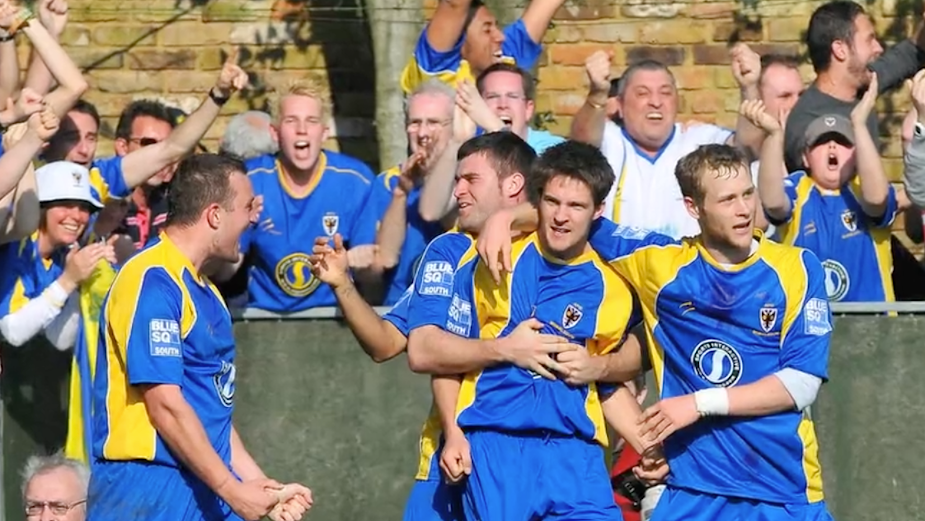 Eighteen years ago, a new football club called AFC Wimbledon was formed by a set of fans who were appalled to discover that The Football Association had given permission for their then owners to move their beloved team Wimbledon FC to Milton Keynes and rename it Milton Keynes Dons. They had to start all over again, effectively in Division 9, playing teams who tended to attract 20-30 fans, and take up temporary residence at a small non-league stadium in Kingston.

Within nine years, they'd achieved the unprecedented feat of getting back into the Football League, and attention turned to getting Wimbledon back home in their own stadium, just 100m down the road from their original Plough Lane stadium. Unlike other teams, they were determined to fund the estimated £25m cost themselves, and keep the club under fan ownership. Finally, this week, they were able to achieve the extraordinary feat of being able to confirm that the stadium costs were fully funded and a completion date of October 2020 was in place.

AFC Wimbledon is not exactly a big club, it's the 9th biggest club in London. If they were to achieve that aim, they'd need to harness the ingenuity of every fan that could help.

That's where VCCP came in, creative director Dan Glover-James and chief strategy officer Michael Lee, got involved, donating all their time for free. For the past six years Dan and Michael have been providing the club with all manner of support, creating marketing assets to help AFC Wimbledon attract investment and donations. They've copy written and designed entire sponsorship brochures (with a little help from Dan’s creative partner Elias Torres and former VCCP-er Darren Cox on the side), created design concepts for the club's new badge, and most significantly, created a promo video featuring Vinny Jones and author and VidCon founder John Green. The video was used to attract more than £2.5m in crowdfunding investment via the Seedrs platform, and produced for less than £5,000!

Michael Lee, chief strategy officer at VCCP said: “I’m delighted we’ve been able to help AFC Wimbledon in a meaningful way over the last few years. To be able to say that we helped to bring AFC Wimbledon back home to Plough Lane is a matter of great personal pride and we’re tremendously grateful to all those at VCCP who chipped in with ideas and their spare time, many of whom are fanatical supporters of other teams, but were more than happy to show their support for AFC Wimbledon’s cause. I’d also like to pay tribute to the late and great advertising legend Paul Silburn, who first introduced me to the AFC Wimbledon management team and set in motion the relationship we’ve had with the club for many years. It’s a mark of his exceptional generosity and love for his club, that he asked for any donations at his funeral go to the AFC Wimbledon stadium fund.”