This Slow-mo Short Film is Not in Slow Motion 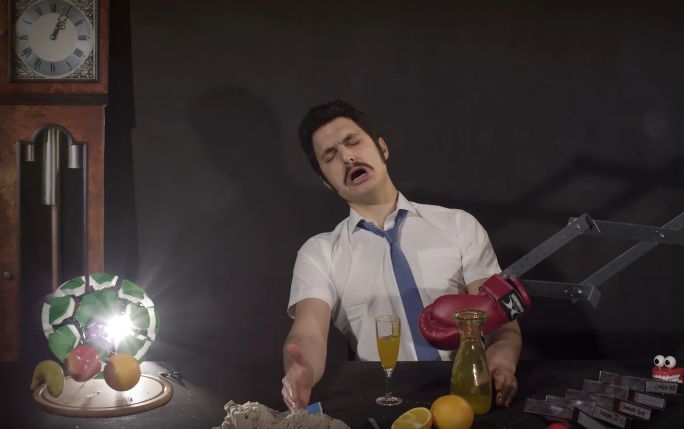 Nexus Director Eran Amir today premieres the third and final episode of his in-camera trilogy of films made as a student at University of the Arts, Bremen, Germany.

Following ‘Black and White in Colour’, and ‘This Video is not in Reverse’; ‘Fast Slow Motion’ is a slow motion video that is not in Slow Motion.

Made entirely in camera, all ‘Fast Slow Motion’ footage was captured in real-time and was not slowed down digitally.

Eran features in all three of the films and in ‘Fast Slow Motion’ is seen in a darker, more absurd mood as yet more logic disintegrates.

A short behind the scenes film highlights some of the techniques used by Amir to achieve the effects you see in the film as well as well as some that didn’t quite work out.

The melon effect, achieved by painting a Styrofoam ball and mounting it in segments onto a children’s toy, proved a particular challenge with Amir noting “the exploding melon took as much work as the rest of the film in entirety."

Eran's directorial debut for Nexus, Chapita, a 360° music video for Mind Enterprises, launched last year to great acclaim and he currently has two commissioned projects in the pipeline.