This Short Film was Recreated from a 16-year-old Memory 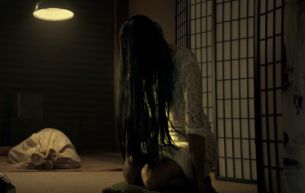 Just weeks after winning a trio of Cannes Lions for its innovative ‘Emotional Trailer’ campaign, McCann Melbourne has unveiled this year’s Melbourne International Film Festival campaign – a recreation of one fan’s memories of a film he watched at the festival 16 years ago.

To celebrate the 65th festival, McCann and MIFF called on film fans through social media to share memories of films that stayed with them from the many years of MIFF. Based on MIFF member Keith Gove’s memory of the Takashi Miike thriller Audition, the chosen scene was directed, styled, and edited to recreate the memory that lives on in Gove’s mind since he watched the film at MIFF, once, back in 2000.

With no previous filmmaking experience, Keith Gove worked alongside established director Stephen McCallum to learn about the process of film production, and bring his completely remembered remake to life.

The resulting film forms the focal point of the 65th MIFF campaign, and proves that MIFF films really are ‘Films that stay with you’. McCann once again partnered with production company AIRBAG for the campaign.

McCann Melbourne Executive Creative Director Matt Lawson said: “Keith Gove was a godsend. Not only did he produce a stellar performance, having never acted before, he was also not put off when we asked him to direct for the first time, from memory, and play every role. With brilliant director Stephen McCallum’s two-week master class in film, and a steady guiding hand, he produced something truly unoriginal.”

Keith Gove added: “As a boy from Frankston, MIFF was always my window to another world. For me the challenge was trying to pull the pieces of my memory together, so long after seeing the film. I’m just hopeful I haven’t ruined the memory of Takashi’s masterpiece for others.”

In addition to the online film, the campaign includes cinema, out-of-home, a movie trailer and social media.

The 2015 MIFF campaign, which saw McCann Melbourne partner with AIRBAG to electro-stimulate the faces of willing participants to demonstrate the way a movie would make them feel, won Gold, Silver and Bronze at the Cannes Lions International Festival of Creativity last month.

For a sneak peek of the films on show at 65th MIFF Festival, and to book your future memories, visit miff.com.au.