This Revolutionary Device Helped Those with Visual Impairments Vote Independently

GITAM BBDO's campaign for Israeli startup OrCam showcased the MyEye, a device that can convert text into audio 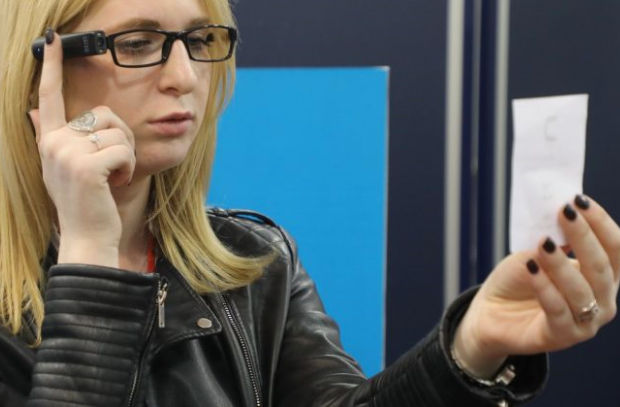 GITAM BBDO recently launched a campaign for MyEye, a revolutionary device from Israeli startup OrCam that uses technology to identify objects and text and convert them into audio - improving the lives of many people with visual impairments.
Israeli startup OrCam, which has developed devices to assist the blind and the visually impaired, made the technology available at dozens of polling stations in Israel on election day on Tuesday, April 9 in a pilot project that will enable visually impaired people to vote without the need of an escort for the first time ever.
The company partnered with the Central Elections Committee and the Center for the Blind in Israel to implement the project. OrCam’s artificial intelligence-based device, which snaps onto glasses and reads out to users what they are seeing, was chosen after a tender was issued two years ago to find accessibility technologies for the elections. The polling stations were selected so they could serve Jewish, Arab and ultra-Orthodox citizens.
OrCam’s MyEye artificial vision wireless product is a small camera with a mount attached to a computing device, weighing less than an ounce and the size of a finger, with a personal speaker on the other end. When the OrCam camera is attached to the frame of a pair of glasses, users can point to text on any surface, and the speaker transforms the image into words and reads them out. That way, users can “read” newspapers, restaurant menus, or books — and now ballot slips.
“The device will instruct the users and read them what is written on the ballots, so they can identify the one they want,” said Ziv Aviram, the CEO and co-founder of the Jerusalem-based startup in a Facebook post. The initiative is “the first of its kind in the world.”
There are some 24,000 blind citizens in Israel, out of whom 22,000 are eligible to vote. Another 100,000 are visually impaired, OrCam said in a statement. Voters who are blind or visually impaired were able to vote in two ways: at a regular polling station with an escort or at one of the polling stations in the pilot, using the device or their escort, if need be.