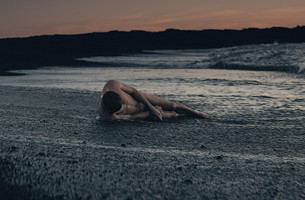 The campaign is to raise awareness for World Rare Disease Day on 28th February.  Dompe is a biopharmaceutical company which invests in researching cures for rare diseases and launches the campaign in association with the Italian Federation for Rare Diseases, UNIAMO F.I.M.R.

‘The Rarest Ones’ is directed by Roberto Saku Cinardi and shot in the scenic surroundings of Lazio, Abruzzo and the Canary Islands.  The film highlights how campaigns to raise awareness of the possible danger of extinction of some species of wildlife – such as a polar bears, seals, dolphins, whales - attract significant media attention and can provoke a reaction of sympathy and indignation.  In comparison, rare diseases in humans receive less attention from the media and are little known by the public.  It is estimated that in Europe, about 24-36 million people are affected by a rare disease.  In the US, it is estimated that number is around 25 million.

The film features Tommaso Galluppi, a 22-year-old with a rare disease who has become the official ambassador of the campaign.  “I had no hesitation in agreeing to take part in this film.  It was not easy because I had to bare not only my body, but also my soul, my personal experience with the world of rare diseases.  I found myself shooting in the desert, in the snow, in caves and in water,” commented Tommaso. “I was looking for a ‘solid’ way of giving voice to people like me who struggle every day – and I found it in this project”.

“We are particularly proud of this campaign, which is intended to shed light on the world of rare diseases by taking advantage of the enormous potential of the web to draw greater attention to the subject and increase public awareness.  The aim of this video is to underline once again our everyday commitment to patients with serious and currently untreatable health problems,” explained Eugenio Aringhieri, CEO of the Dompé Group. “My thanks go to UNIAMO F.I.M.R. Onlus for having supported the project, but above all to Tommaso, an extraordinary example of the strength and determination of the people who, like him, confront having a rare disease with dignity and courage”.

Agostino Toscana, Executive Creative Director and Alessandro Orlandi, Creative Director of Saatchi & Saatchi Italy continued: "Stories like those of Tommy are really rare. We are proud to have had the opportunity to tell it and bring it to public attention, thus giving it the importance it deserves.  It has been an extraordinary experience.  Just as the commitment of Dompé and UNIAMO against rare diseases.”